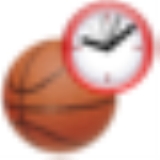 Encyclopedia
PBC CSKA Moscow is a Russian professional basketball team that is based in Moscow, Russia. The club is a member of the VTB United League
VTB United League
VTB United League is an international professional basketball league that was founded in 2008. Its goal is to unite the leading basketball clubs of Eastern Europe and Northern Europe together into one league. The league is sponsored by VTB Bank. In its inaugural 2009–10 season, it featured clubs...
. It is often referred to in the West as "Red Army
Red Army
The Workers' and Peasants' Red Army started out as the Soviet Union's revolutionary communist combat groups during the Russian Civil War of 1918-1922. It grew into the national army of the Soviet Union. By the 1930s the Red Army was among the largest armies in history.The "Red Army" name refers to...
" for its past affiliation with the Soviet Army. CSKA has won two titles between 2006 and 2009 in Europe's principal club competition, the Euroleague
Euroleague
Euroleague Basketball, commonly known as the Euroleague, is the highest level tier and most important professional club basketball competition in Europe, with teams from up to 18 different countries, members of FIBA Europe. For sponsorship reasons, for five seasons starting with 2010–2011, it is...
, making the final in all four seasons. In 2006
Euroleague 2005-06
The Euroleague is an international basketball club competition for elite clubs throughout Europe. The 2005–2006 season featured 24 competing teams from 13 different countries...
, they defeated two-time defending champions Maccabi Tel Aviv
Maccabi Tel Aviv (basketball)
Maccabi Electra Tel Aviv B.C. is a professional Israeli basketball club based in Tel Aviv. The team plays in three leagues: the Euroleague, the Israeli Basketball Super League, and the Adriatic League....
73–69 in the final at Sazka Arena in Prague
Prague
Prague is the capital and largest city of the Czech Republic. Situated in the north-west of the country on the Vltava river, the city is home to about 1.3 million people, while its metropolitan area is estimated to have a population of over 2.3 million...
.

The team became the first in the history of the Euroleague to go through the regular-season phase undefeated during the Euroleague 2004-05
Euroleague 2004-05
The Euroleague is an international basketball club competition for elite clubs throughout Europe. The 2004–2005 season featured 24 competing teams from 13 different countries...
season, and before the final four it had only lost to one team: FC Barcelona. Though CSKA eventually lost in the semifinals on their home court to Spanish League
Asociación de Clubs de Baloncesto
The Liga ACB, known as the Liga Endesa for sponsorship reasons, is the pre-eminent men's professional basketball league in Spain. It was founded in 1956 with the name of Liga Nacional. The league changed its name to the current one in 1983. The league is rated as one of the three "A" level European...
club TAU Cerámica
Saski Baskonia
Saski Baskonia, S.A.D., known as Caja Laboral for sponsorship reasons, is a Spanish professional basketball club from the Basque city of Vitoria-Gasteiz, Spain...
and to Panathinaikos of the Greek League
A1 Ethniki
The Greek Basket League , commonly referred to as the Greek Basketball League or Greek Basketball Championship, is the highest professional basketball league in Greece. It is run by HEBA...
in the 3rd-place game. That sent them to the 2nd grade teams in the Euroleague draw, although they finished the league with the best record. That same year they also lost a game in the finals series of the Russian League
Russian Basketball Super League
The Russian Basketball SuperLeague is a men's professional basketball league that was the pre-eminent league of Russian professional basketball until 2010...
, but they eventually got the Russian League crown.

In 2006, CSKA qualified for the Euroleague 2005-06
Euroleague 2005-06
The Euroleague is an international basketball club competition for elite clubs throughout Europe. The 2005–2006 season featured 24 competing teams from 13 different countries...
Top 16 by finishing third in their group. They finished at the top of their Top 16 group, being denied a perfect record at TAU
Saski Baskonia
Saski Baskonia, S.A.D., known as Caja Laboral for sponsorship reasons, is a Spanish professional basketball club from the Basque city of Vitoria-Gasteiz, Spain...
in their final match. CSKA entered the Final Four on a roll as the only club to sweep their best-of-three quarterfinal series defeating Turkish League
Turkish Basketball League
The Turkish Basketball League is the top men’s professional basketball league in Turkey, which is also called Turkish Premier Basketball League . There is also a Turkish Second Basketball League consisting of 2 divisions .-History:The first basketball game played in Turkey was at the Robert...
power Efes Pilsen. They defeated Barça
FC Barcelona Bàsquet
FC Barcelona Bàsquet, known as FC Barcelona Regal for sponsorship reasons, is a Spanish professional basketball club. It is part of the FC Barcelona sports club and was founded on August 24, 1926 which makes it the oldest club in Liga ACB. The club competes in the Asociación de Clubes de Baloncesto...
in the Euroleague semis before defeating the high-powered offense of Maccabi Tel-Aviv of the Israeli League in the final on April 30, even though the overall record of Maccabi's games with CSKA Moscow favors the Israeli club.

The following year, they nearly repeated as Euroleague champions, but wound up facing Panathinaikos in the final, on the Greek team's home floor, OAKA Indoor Hall, which had been designated more than a year earlier as the site for that year's Final Four. Panathinaikos won a closely fought battle.

In 2008, their Euroleague win put them in sole possession of second place for overall European titles. Only Real Madrid
Real Madrid Baloncesto
Real Madrid Baloncesto is a Spanish professional basketball team founded in 1932 as a division of the Real Madrid club. They play in the Asociación de Clubes de Baloncesto ....
, with eight titles (all in the European Champions Cup era), have won more than CSKA's six. On October 14, 2008, the team played a NBA
National Basketball Association
The National Basketball Association is the pre-eminent men's professional basketball league in North America. It consists of thirty franchised member clubs, of which twenty-nine are located in the United States and one in Canada...
preseason game with the Toronto Raptors
Toronto Raptors
The Toronto Raptors are a professional basketball team based in Toronto, Ontario, Canada. They are part of the Atlantic Division of the Eastern Conference in the National Basketball Association . The team was established in 1995, along with the Vancouver Grizzlies, as part of the NBA's re-expansion...
at Air Canada Centre
Air Canada Centre
The Air Canada Centre is a multi-purpose indoor sporting arena located on Bay Street in Downtown Toronto, Ontario, Canada.The arena is popularly known as the ACC or the Hangar ....
in Toronto
Toronto
Toronto is the provincial capital of Ontario and the largest city in Canada. It is located in Southern Ontario on the northwestern shore of Lake Ontario. A relatively modern city, Toronto's history dates back to the late-18th century, when its land was first purchased by the British monarchy from...
.

| Nenad Krstić
Nenad Krstic
Nenad Krstić is a Serbian professional basketball player for CSKA Moscow. Krstić is officially listed at 7'0" tall.-KK Partizan:...
|| Sasha Kaun
Sasha Kaun
Alexander Olegovich Kaun is a Russian professional basketball player. He played college basketball in the United States with the University of Kansas for four seasons, including the 2007–2008 national championship team...
|| || style="background:#FBCEB1" |Dmitri Sokolov
|-style="height:40px; background:white; color:black"
! style="background:#efe196" | PF
Power forward (basketball)
Power forward is a position in the sport of basketball. The position is referred to in playbook terms as the four position and is commonly abbreviated "PF". It has also been referred to as the "post" position. Power forwards play a role similar to that of center in what is called the "post" or "low...

| Andrei Kirilenko
Andrei Kirilenko
Andrei Gennadyevich Kirilenko is a Russian-American professional basketball player who plays at the small forward position for the CSKA Moscow in the Russian Professional Basketball League. He also plays for the Russia national basketball team...
|| Ramūnas Šiškauskas
Ramunas Šiškauskas
Ramūnas Šiškauskas in height and he weighs 220 lbs. . He is currently with CSKA Moscow.-Player profile:Šiškauskas is a physical forward who can easily play, both on offense and defense, at the guard positions, on the wing, and also in the paint...
|| || style="background:#FBCEB1" | Nikita Kurbanov
Nikita Kurbanov
Nikita Kurbanov is a Russian professional basketball player. He can play at both the small forward and power forward positions.-Pro career:...

|-style="height:40px; background:white; color:black"
! style="background:#efe196" | SG
Shooting guard
The shooting guard , also known as the two or off guard, is one of five traditional positions on a basketball team. Players of the position are often shorter, leaner, and quicker than forwards. A shooting guard's main objective is to score points for his team...

|-style="height:40px; background:white; color:black"
! style="background:#efe196" | PG
Point guard
Point guard , also called the play maker or "the ball-handler", is one of the standard positions in a regulation basketball game. A point guard has perhaps the most specialized role of any position – essentially, he is expected to run the team's offense by controlling the ball and making sure that...

Viktor Zubkov
Viktor Zubkov (basketball)
Victor Alekseyevich Zubkov is a retired Soviet basketball player considered one of the most distinguished players of Soviet and European basketball in the '50s and '60s, who won two silver medals at the Olympics for the Soviet national team....
-

Vladimir Andreev
Vladimir Andreev (basketball)
Vladimir Georgevich Andreev is a retired Russian basketball player. In 1969, along with CSKA Moscow he won the European Champions' Cup against Real Madrid Baloncesto, being the top scorer of the final with 37 points. a 2.15 m center, He was also a member of the Soviet national team from 1967 to...
-

Alexander Gomelsky
Alexander Gomelsky
Alexander Yakovlevich Gomelsky was a great Soviet and Russian basketball coach.Gomelsky was Jewish. He began his coaching career in 1948 in Leningrad with LGS Spartak...
Dušan Ivković
Dušan Ivkovic
Dušan "Duda" Ivković is a Serbian former professional basketball player and current coach. In 2008, he was named one of the 10 Greatest Coaches in Euroleague history....
Ettore Messina
Ettore Messina
Ettore Messina is an Italian professional basketball coach currently working as a consultant for Los Angeles Lakers of the National Basketball Association. He has won 4 Euroleague championships as a head coach...
>