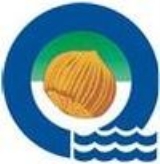 Encyclopedia
Ordu (ˈoɾdu) 'army') is a port city on the Black Sea
Black Sea
The Black Sea is bounded by Europe, Anatolia and the Caucasus and is ultimately connected to the Atlantic Ocean via the Mediterranean and the Aegean seas and various straits. The Bosphorus strait connects it to the Sea of Marmara, and the strait of the Dardanelles connects that sea to the Aegean...
coast of Turkey
Turkey
Turkey , known officially as the Republic of Turkey , is a Eurasian country located in Western Asia and in East Thrace in Southeastern Europe...
, and the capital of Ordu Province
Ordu Province
Ordu Province is a province of Turkey, located on the Black Sea coast. Its adjacent provinces are Samsun to the northwest, Tokat to the southwest, Sivas to the south, and Giresun to the east. Its traffic code is 52...
. Estimated population c. 2010: 141,341.

'Ordu' means "Army" or "Military encampment" and stems from the same Turkic root as 'Urdu
Urdu
Urdu is a register of the Hindustani language that is identified with Muslims in South Asia. It belongs to the Indo-European family. Urdu is the national language and lingua franca of Pakistan. It is also widely spoken in some regions of India, where it is one of the 22 scheduled languages and an...
', and appears in modern English as horde. Antique name of the city is Kotiora means "Potter" in Laz language
Laz language
The Laz language is a South Caucasian language spoken by the Laz people on the Southeast shore of the Black Sea...
suggested by Özhan Öztürk
Özhan Öztürk
Özhan Öztürk is a Turkish writer and researcher. He was a writer for the first Turkish Folklore Encyclopaedia and first encyclopaedic dictionary of the culture, folklore of the peoples Black Sea region of Turkey.- Works :...
.

In the 8th century BCE the settlement of Cotyora was founded in this area as one of a string of colonies along the Black Sea coast established by the Miletus. The area came under the control of the Danishmends
Danishmends
The Danishmend dynasty was a Turcoman dynasty that ruled in north-central and eastern Anatolia in the 11th and 12th centuries. The centered originally around Sivas, Tokat, and Niksar in central-northeastern Anatolia, they extended as far west as Ankara and Kastamonu for a time, and as far south as...
, then the Seljuk Turks in 1214 and 1228 and Haci Emir Ogulları Beyligi in 1346. Afterwards it passed to the dominion of the Ottomansin 1461 with the Empire of Trabzon.

The modern city was founded by the Ottomans as Bayramlı near Eskipazar as a military outpost 5 km west of Ordu. The Ordu Municipality Black Sea Theater Group, one of the first Turkish theaters outside of major cities, was founded in 1964 by Muhsin Ertuğrul
Muhsin Ertugrul
Muhsin Ertuğrul , aka Ertuğrul Muhsin Bey, was a Turkish actor and director.Muhsin Ertuğrul, who had important contributions to both Turkish theatre and Turkish cinema, was born in İstanbul on March 7, 1892...
.
In 1869, the name was changed to Ordu and united with the districts of Bolaman,Perşembe, Ulubey, Hansamana (Gölköy) and Aybastı. Ordu province was created at 17 April 1920 . In 1924, Atatürk visited Ordu as part of his Black Sea Tour.

Today the city is the centre of a large hazelnut
Hazelnut
A hazelnut is the nut of the hazel and is also known as a cob nut or filbert nut according to species. A cob is roughly spherical to oval, about 15–25 mm long and 10–15 mm in diameter, with an outer fibrous husk surrounding a smooth shell. A filbert is more elongated, being about twice...
processing industry, including Sağra, one of the largest Turkish hazelnut processors and exporters, and Fiskobirlik, the largest hazelnut co-op in the world.

The Sağra factory shop, selling many varieties of chocolate-covered hazelnuts, is one of the town's attractions.

The Boztepe aerial tramway is another popular attraction which is set to become a modern symbol for the city.

Local music is typical of the Black Sea region, including the kemençe
Kemence
Kemence is a village in Pest county, Hungary....
. The cuisine is primarily based on local vegetables and includes both typical Turkish dishes - such as pide
Pide
Pide may refer to:*Pita, a type of flatbread typical of Middle Eastern and Mediterranean cuisines*PIDE , the political secret police during the authoritarian Portuguese regime of the Estado Novo*Pakistan Institute...
and kebab
Kebab
Kebab is a wide variety of meat dishes originating in Middle East and later on adopted by the Middle East, and Asia Minor, and now found worldwide. In English, kebab with no qualification generally refers more specifically to shish kebab served on the skewer...
- and more unique fare - such as plain or caramel 'burnt ice-cream'.

Snow
Snow
Snow is a form of precipitation within the Earth's atmosphere in the form of crystalline water ice, consisting of a multitude of snowflakes that fall from clouds. Since snow is composed of small ice particles, it is a granular material. It has an open and therefore soft structure, unless packed by...
fall is quite common between the months of December and March, snowing for a week or two, and it can be heavy once it snows.

The water temperature, like in the rest of the Black Sea coast of Turkey, is always cool and fluctuates between 8° and 20°C throughout the year.