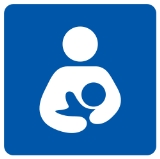 
The Oxford English Dictionary
Oxford English Dictionary
The Oxford English Dictionary , published by the Oxford University Press, is the self-styled premier dictionary of the English language. Two fully bound print editions of the OED have been published under its current name, in 1928 and 1989. The first edition was published in twelve volumes , and...
defines optimism as having "hopefulness and confidence about the future or successful outcome of something; a tendency to take a favourable or hopeful view." The word is originally derived from the Latin optimum, meaning "best." Being optimistic, in the typical sense of the word, ultimately means one expects the best possible outcome from any given situation.

Be optimistic. Always put on clean underwear if you're going on a date.

The optimist proclaims that we live in the best of all possible worlds; and the pessimist fears this is true.

For myself I am an optimist — it does not seem to be much use being anything else.

Jerry boy, why do you have to paint everything so black? Suppose you got hit by a truck. Suppose the stock market crashes. Suppose Mary Pickford divorces Douglas Fairbanks. Suppose the Dodgers leave Brooklyn!

Always look on the bright side of life.

Two men look out through the same bars: One sees the mud, and one the stars.

Despite the cautions just raised, there is abundant reason to believe that optimism – big, little, and in between – is useful to a person because positive expectations can be self-fulfilling.

"Optimist" is a word which here refers to a person...who thinks pleasant thoughts about nearly everything. For instance, if an optimist had his left arm chewed off by an alligator, he might say, in a pleasant and hopeful voice, "Well, this isn't too bad. I don't have my arm anymore, but at least nobody will ever ask me if I am right-handed or left-handed", but most of us would say something more along the lines of "Aaaaah! My arm! My arm!"

The basis of optimism is sheer terror.