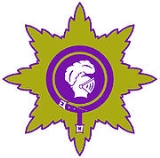 As the neighborhoods around Northwest Classen have changed, so has the cultural makeup of the campus. Initially an almost all-Caucasian school, the population has gradually become more multi-cultural. Today, the enrollment in the school is nearly an equal split of Hispanic, African American, and Caucasian students with almost 100 different races and cultures represented.

In May of 2009, longtime English language
English language
English is a West Germanic language that arose in the Anglo-Saxon kingdoms of England and spread into what was to become south-east Scotland under the influence of the Anglian medieval kingdom of Northumbria...
teacher Joe Quigley was fired by the Board of the Oklahoma City Public Schools
Oklahoma City Public Schools
The Oklahoma City Public Schools is an urban inner-city public school district located in Oklahoma City. It is the largest primary and secondary education district in the Oklahoma City Metropolitan Area, as well as the largest in the state of Oklahoma with over 42,750 enrolled students in 2009...
citing "Giving zeros for behavior, rather than academic performance, not entering grades on Smart Web where parents can get on the computer and see what their child is doing" and generally poor performance as a reason. Quigley claimed that he had been singled out because he had pushed for anti-discrimination policies for homosexual students.

On August 26, 2009, Oklahoma County District Judge Barbara Swinton ruled that Mr. Quigley had been wrongly terminated, and ordered him reinstated