Friedrich Ratzel
Friedrich Ratzel
Friedrich Ratzel was a German geographer and ethnographer, notable for first using the term Lebensraum in the sense that the National Socialists later would.-Life:...
in The History of Mankind reported in 1896, when discussing Melanesain ornament, that there were luxurious feather ornament displays in New Hanover, showing much taste in the combination of forms and colours with vegetable fibres and beads on sticks. An example was a delicately-formed face in feather-mosaic forming the head of a hairpin. 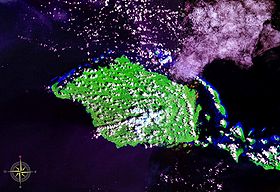