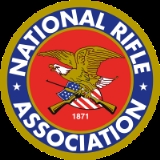 Have pistol licence and got denied pistol purchase

As to military weapons and ammo: two naive questions: 1. Why can't the old .30 caliber carbine cartridge be loaded with a pointed bullet and new po...

As an ex-GI and gun collector, I follow the latest in ammunition development closely. I note that new weapons and ammunition are constantly being ann...
More