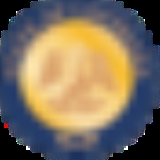 Encyclopedia
The Supreme Court of Louisiana is the highest court and court of last resort
Supreme court
A supreme court is the highest court within the hierarchy of many legal jurisdictions. Other descriptions for such courts include court of last resort, instance court, judgment court, high court, or apex court...
in the U.S. state
U.S. state
A U.S. state is any one of the 50 federated states of the United States of America that share sovereignty with the federal government. Because of this shared sovereignty, an American is a citizen both of the federal entity and of his or her state of domicile. Four states use the official title of...
of Louisiana
Louisiana
Louisiana is a state located in the southern region of the United States of America. Its capital is Baton Rouge and largest city is New Orleans. Louisiana is the only state in the U.S. with political subdivisions termed parishes, which are local governments equivalent to counties...
. The modern Supreme Court, composed of seven justices, meets in the French Quarter
French Quarter
The French Quarter, also known as Vieux Carré, is the oldest neighborhood in the city of New Orleans. When New Orleans was founded in 1718 by Jean-Baptiste Le Moyne de Bienville, the city was originally centered on the French Quarter, or the Vieux Carré as it was known then...
of New Orleans.

The Supreme Court, and Louisiana state law, are historically based in the colonial governments of France
France
The French Republic , The French Republic , The French Republic , (commonly known as France , is a unitary semi-presidential republic in Western Europe with several overseas territories and islands located on other continents and in the Indian, Pacific, and Atlantic oceans. Metropolitan France...
and Spain
Spain
Spain , officially the Kingdom of Spain languages]] under the European Charter for Regional or Minority Languages. In each of these, Spain's official name is as follows:;;;;;;), is a country and member state of the European Union located in southwestern Europe on the Iberian Peninsula...
during the early 18th century. The current Supreme Court traces its roots back to these beginnings.

Under the colonial governments of France and Spain, the courts of Louisiana existed in several different forms. In 1712, a charter granted by France created a Superior Council with executive and judicial function which functioned as a court of last resort in both civil and criminal cases. In 1769, Spain gained control over the Louisiana territory, and the Superior Council was replaced with the Cabildo. The Governor of the territory held the power of having final authority in cases.

In 1803, Louisiana became a territory of the United States. In 1804, Congress created a three judge Superior Court for the territory and gave the Legislative Council the power to create other courts. In 1807, the newly elected Legislative Council created courts in each of the territory's nineteen parishes. These courts were courts of general jurisdiction with an appeal lying to the Superior Court.


The Court under the state government of Louisiana

In the first Constitution for the state of Louisiana, one Supreme Court was created and the Legislature was given the power to create inferior courts. The number of judges was fixed to be not less than three and not more than five who were to be appointed by the Governor. The Court was required to sit in New Orleans and Opelousas.

The 1845 Constitution created a Supreme Court composed of one Chief Justice and three Associate Justices appointed by the Governor to eight year terms. The Court sat in New Orleans.

The 1852 Constitution increased the number of Justices on the Court to five, and all became elected by the people. The Chief Justice was elected at-large by the entire state and the Associate Justices were elected from four districts throughout the state. The Justices served ten year terms.

In 1864, the Justices again became appointed, and their term length was decreased to eight years.

The 1868 Constitution did not change the makeup or terms of the Supreme Court, however, it did change and expand its jurisdiction in civil cases to include nearly all types of cases.

The post-Reconstruction Constitution of 1879 substantially modified the organization of the Louisiana judiciary. The Constitution created the Supreme Court, Courts of Appeal, District Courts and Justices of the Peace. The Supreme Court retained five justices, but they were now appointed by the Governor and served twelve year terms. For the first time, the Supreme Court was given supervisory power over the inferior courts.

It also gave more limitations to the opportunity to vote by people of color.

The Constitution of 1913 affected the Court by requiring that the members of the judiciary be elected instead of appointed.

In 1921, the Court gained two seats, increasing the number of justices to seven. Due to having a large backlog in its docket, the Court was authorized to sit in panels of three. The Supreme Court was also given the power to remove lower court judges from office.

The current Louisiana Constitution of 1974, as amended in 1980, provides for a Supreme Court composed of a Justice elected from each of seven Supreme Court Districts, serving a term of 10 years. The Chief Justice is not elected separately from the other justices (as is the case in other states, such as with the Texas Supreme Court
Texas Supreme Court
The Supreme Court of Texas is the court of last resort for non-criminal matters in the state of Texas. A different court, the Texas Court of Criminal Appeals, is the court of last resort for criminal matters.The Court is composed of a Chief Justice and eight Associate Justices...
); under Article V, Section 6, the "judge oldest in point of service on the supreme court" (i.e., the justice with the longest tenure on the Court) serves as the Chief Justice.

Death penalty appeals are taken as a matter of right. All other review of lower courts in the state is obtained by the writ of certiorari process as provided for by Article V, Section 5 (A) of the Louisiana Constitution of 1974, and Rule X of the Supreme Court Rules.

On certain questions involving the persons who serve as judges at any level under the constitution of the State of Louisiana, the Louisiana Supreme Court may entertain recommendations from the Judiciary Commission of Louisiana, a nine-member advisory body.

Justice Guidry was elected to the Louisiana Supreme Court as an Associate Justice for the First Supreme District in November, 2008 and began service in January, 2009. He was formerly a judge on the Louisiana Fifth Circuit Court of Appeal, where he was elected in August, 2006. Additionally, he served as a District Court Judge on the Twenty-Fourth Judicial District Court for the Parish of Jefferson for 6 years. He is a 1985 graduate of the Louisiana State University Law Center where he was inducted into the Order of Coif and selected for the Louisiana Law Review on the basis of grades. He was also awarded a Rotary Foundation Scholarship for International Understanding. During the scholarship year, Judge Guidry studied classical civilizations and Roman law at the University of the Witwatersrand in Johannesburg, Republic of South Africa.

Justice Victory is from Shreveport, Louisiana, and represents the Second Supreme Court District of Louisiana. Justice Victory earned his Juris Doctor from Tulane University in 1971. He served as a District Judge for the First Judicial District Court of Caddo Parish, Louisiana from 1980 to 1990. In 1991, he served as an Appellate Judge on the Louisiana Court of Appeal, Second Circuit. On January 1, 1995, he took his seat as an Associate Justice of the Supreme Court.

Justice Knoll is from Avoyelles Parish, Louisiana
Avoyelles Parish, Louisiana
Avoyelles is a parish located in the U.S. state of Louisiana. The parish seat is Marksville. In 2000, its population was 41,481. The parish is named for the Avoyel Indian tribe.-History:...
and represents the Third Supreme Court District of Louisiana. Justice Knoll earned her Juris Doctor from Loyola University in 1969. In 1982, she was elected as an Appellate Judge of the Louisiana Court of Appeal, Third Circuit. January 1, 1997, Justice Knoll took her seat as an Associate Justice of the Supreme Court.

Upon the retirement of Republican
Republican Party (United States)
The Republican Party is one of the two major contemporary political parties in the United States, along with the Democratic Party. Founded by anti-slavery expansion activists in 1854, it is often called the GOP . The party's platform generally reflects American conservatism in the U.S...
Justice Chet D. Traylor
Chet D. Traylor
Chet D. Traylor is a retired associate justice of the Louisiana Supreme Court from Monroe, Louisiana, who was defeated in the Republican primary election on August 28, 2010, for the U.S. Senate seat held since 2005 by the incumbent David Vitter of New Orleans...
of Winnsboro
Winnsboro, Louisiana
Winnsboro is a city in and the parish seat of Franklin Parish, Louisiana, United States. As of July 2009, the estimated city population was 4,377...
in Franklin Parish
Franklin Parish, Louisiana
-Demographics:As of the census of 2000, there were 21,263 people, 7,754 households, and 5,706 families residing in the parish. The population density was 34 people per square mile . There were 8,623 housing units at an average density of 14 per square mile...
, representing the Fourth Louisiana Supreme Court District, voters in a special election on October 17, 2009, chose another Republican, a state district court judge from Monroe
Monroe, Louisiana
Monroe is a city in and the parish seat of Ouachita Parish, Louisiana, United States. As of the 2000 census, the city had a total population of 53,107, making it the eighth largest city in Louisiana. A July 1, 2007, United States Census Bureau estimate placed the population at 51,208, but 51,636...
, Marcus R. Clark
Marcus R. Clark
Marcus R. Clark is a Republican member of the Louisiana Supreme Court from West Monroe, Louisiana, United States, who won his current position in a special election held on October 17, 2009, to fill the vacancy created by the retirement of Republican Justice Chet D. Traylor of Monroe, formerly of...
(born 1956), to fill the position. Clark defeated fellow Republican Jimmy R. Faircloth of Alexandria
Alexandria, Louisiana
Alexandria is a city in and the parish seat of Rapides Parish, Louisiana, United States. It lies on the south bank of the Red River in almost the exact geographic center of the state. It is the principal city of the Alexandria metropolitan area which encompasses all of Rapides and Grant parishes....
, who carried the support of Governor Bobby Jindal
Bobby Jindal
Piyush "Bobby" Jindal is the 55th and current Governor of Louisiana and formerly a member of the United States House of Representatives. He is a member of the Republican Party....
. Faircloth had been a legal advisor to Jindal.

Justice Weimer is from Lafourche Parish, Louisiana and represents the Sixth Supreme Court District of Louisiana. Justice Weimer earned his Juris Doctor from Louisiana State University in 1980. In 1995, he was elected District Judge for the 17th Judicial District Court. In 1998 he was elected as an Appellate Judge for the Louisiana Court of Appeal, First Circuit. He served in that capacity until he took his seat as Associate Justice of the Supreme Court in 2001.