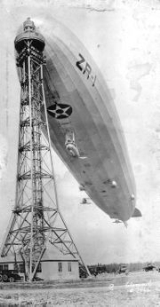 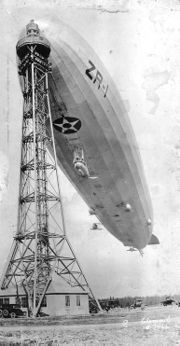 ZR-2 was under contract from Britain where construction had been started on it as the R38. ZR-2 was contracted for in October 1919 while under construction, but crashed in 1921 before the US Navy could take delivery of it and did not officially receive its US designation, though it was painted in accordance of its planned Navy designation. On the fourth test flight of R-38 severe control inputs at low altitude and high speed cause the structural failure of the airship with the loss of the majority of the crew. Sixteen of the men killed were USN training to fly the ship back to Cape May, NJ.