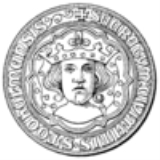 Overview
This is a list of Swedish
Sweden
Sweden , officially the Kingdom of Sweden , is a Nordic country on the Scandinavian Peninsula in Northern Europe. Sweden borders with Norway and Finland and is connected to Denmark by a bridge-tunnel across the Öresund....
monarch
Monarch
A monarch is the person who heads a monarchy. This is a form of government in which a state or polity is ruled or controlled by an individual who typically inherits the throne by birth and occasionally rules for life or until abdication...
s, that is, the Kings and ruling Queens of Sweden, including regent
Regent
A regent, from the Latin regens "one who reigns", is a person selected to act as head of state because the ruler is a minor, not present, or debilitated. Currently there are only two ruling Regencies in the world, sovereign Liechtenstein and the Malaysian constitutive state of Terengganu...
s and viceroy
Viceroy
A viceroy is a royal official who runs a country, colony, or province in the name of and as representative of the monarch. The term derives from the Latin prefix vice-, meaning "in the place of" and the French word roi, meaning king. A viceroy's province or larger territory is called a viceroyalty...
s of the Kalmar Union
Kalmar Union
The Kalmar Union is a historiographical term meaning a series of personal unions that united the three kingdoms of Denmark, Norway , and Sweden under a single monarch, though intermittently and with a population...
, up to the present time.
The earliest record of what is generally considered to be a Swedish king appears in Tacitus
Tacitus
Publius Cornelius Tacitus was a senator and a historian of the Roman Empire. The surviving portions of his two major works—the Annals and the Histories—examine the reigns of the Roman Emperors Tiberius, Claudius, Nero and those who reigned in the Year of the Four Emperors...
' work Germania
Germania
Germania was the Greek and Roman geographical term for the geographical regions inhabited by mainly by peoples considered to be Germani. It was most often used to refer especially to the east of the Rhine and north of the Danube...
, c. 100 AD (the king of the Suiones
Suiones
The Swedes e, "one's own [tribesmen/kinsmen]"; Old English: Sweonas; , Suehans or Sueones) were an ancient North Germanic tribe in Scandinavia...
). However, due to scant and unreliable sources before the 11th century, lists of succession traditionally start in the 10th century with king Olof Skötkonung, and his father Eric the Victorious, who also were the first Swedish kings to be baptized.
There are, however, lists of Swedish pagan monarchs with far older dates, but in many cases these kings appear in sources of disputed historical reliability.

Hi! Are there any DVDs about the Swedish Monarchy of past to present day? Thank you in advance for helping me out.
More
x