This is a list of Serbian Orthodox Christian monasteries. 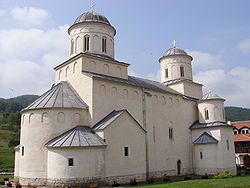 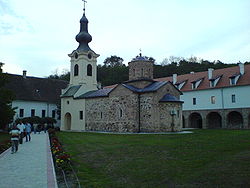 At least 8 monasteries have been destroyed during the Kosovo War
Kosovo War
The term Kosovo War or Kosovo conflict was two sequential, and at times parallel, armed conflicts in Kosovo province, then part of FR Yugoslav Republic of Serbia; from early 1998 to 1999, there was an armed conflict initiated by the ethnic Albanian "Kosovo Liberation Army" , who sought independence...
by ethnic Albanians. 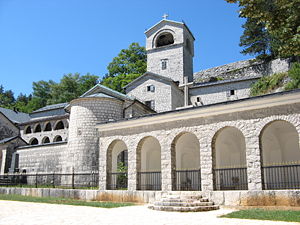 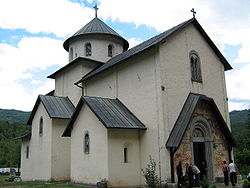 
Federation of Bosnia and Herzegovina

Several monasteries were destroyed during the World War II by the Ustashi and again, during the Yugoslav wars
Yugoslav wars
The Yugoslav Wars were a series of wars, fought throughout the former Yugoslavia between 1991 and 1995. The wars were complex: characterized by bitter ethnic conflicts among the peoples of the former Yugoslavia, mostly between Serbs on the one side and Croats and Bosniaks on the other; but also...
.