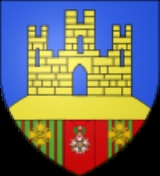 My family name is Lyandres. I was born in Russia and now live in Israel. There is a legend (in all known to me Lyandres families) that our origine is ...
More

It is the birth place of Joseph Francois Dupleix , well known as the conqueror of India for the King Louix IV , king of France.
The source of this article is wikipedia, the free encyclopedia.  The text of this article is licensed under the GFDL.