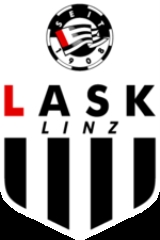 Encyclopedia
LASK Linz is an Austrian association football
Football in Austria
Football is a popular sport in Austria, second only to alpine skiing. The Austrian Football Association, the ÖFB , was founded in 1904 and has been a member of FIFA since then.-League system:...
club, from the Upper-Austrian
Upper Austria
Upper Austria is one of the nine states or Bundesländer of Austria. Its capital is Linz. Upper Austria borders on Germany and the Czech Republic, as well as on the other Austrian states of Lower Austria, Styria, and Salzburg...
state capital Linz
Linz
Linz is the third-largest city of Austria and capital of the state of Upper Austria . It is located in the north centre of Austria, approximately south of the Czech border, on both sides of the river Danube. The population of the city is , and that of the Greater Linz conurbation is about...
. It is the oldest football club hailing from that region, and currently plays in the Austrian Football First League
Austrian Football First League
The Austrian Football First League is the second highest professional division in Austrian football. It contains 10 teams and is run in the same fashion as the Austrian Bundesliga...
. The club's colours are black and white. The women's football section, LASK Ladies, currently plays in the second highest division of Austrian women's football.

LASK Linz was founded on 7 August 1908. In 1965 the club became the first team outside of Vienna
Vienna
Vienna is the capital and largest city of the Republic of Austria and one of the nine states of Austria. Vienna is Austria's primary city, with a population of about 1.723 million , and is by far the largest city in Austria, as well as its cultural, economic, and political centre...
to win the Austrian football championship. This is also the only championship to date.

In the winter of 1908, Albert Siems, head of the royal post-office garage at Linz, who had already been a member of a 1899-founded club for heavy athletics, Linzer Athletik Sportklub Siegfried, decided to establish a footballclub. At that time, the side already played in the black-and-white lengthwise-touched shirts.

The club's first name was Linzer Sportclub, when in an extraordinary general meeting on 14 September 1919 the final change of name, to Linzer Athletik Sport-Klub (short form Linzer ASK) took place, its forerunner setting the example. Nevertheless, the public denomination of the team was largely Lask. The club first appeared in top-flight competition in the Gauliga Ostmark
Gauliga Ostmark
The Gauliga Ostmark, renamed Gauliga Donau-Alpenland in 1941, was the highest football league in Austria after its annexation by Germany in 1938...
in 1940–41, coming last and being relegated.

In 1985-86's UEFA Cup
UEFA Cup 1985-86
The UEFA Cup 1985-86 was won by Real Madrid on aggregate over 1. FC Köln. English clubs were banned from European football competitions for five years, with Liverpool, who had already won the UEFA Cup twice, banned for six years...
, the side managed to beat European giants Internazionale Milan at home (1–0), on 23 October 1985, eventually bowing out 4–1 on aggregate (second round).

In 1995, the official name became LASK Linz, as officials wanted to bring out the city's name as a complement to the LASK designation, which had constituted itself as a brand name. It is one of the few clubs of the country's higher divisions that, since coming in existence, never exhibited a sponsor in the official clubname.

The club's biggest success was the winning of the Austrian League in 1965
Austrian Football Bundesliga 1964-65
-League standings:-References:*...
, which no club outside of Vienna had won before; additionally, the club won the domestic cup
Austrian Cup
The Austrian Cup, in German: ÖFB-Cup is an annual football competition held by the Austrian Football Association, the ÖFB.It has been held since 1919, with the exception of the time of the Anschluss between 1939 and 1945 and the period between 1950 and 1958 when the competition was deemed of...
that year.

In 1997, due to public pressure, LASK Linz officially merged with city rivals FC Linz (formerly known as SK VOEST Linz) which, however, resulted in the cancellation of the latter. Club name, colors, chairmen and members remained the same.

György Kottán
György Kottán
George Kottan is a Hungarian-Austrian football manager and former footballer.-Playing career:Kottan played as a midfielder and started his career at MTK Hungária FC in the 1962-63 season...
Helmut Köglberger
Helmut Köglberger
Helmut Köglberger is a retired Austrian football player and a football manager currently managing ASKÖ Pregarten. His father was an African-American soldier and his mother a white Austrian.-Honours:...
Klaus Lindenberger
Klaus Lindenberger
Klaus Lindenberger is a retired Austrian football goalkeeper and last manager of Austrian Bundesliga side LASK Linz.-Club career:...
Peter Stöger
Peter Stöger
Peter Stöger is a retired Austrian football player.-Club career:Stöger started his career at Favoritner AC Wien and played 6 years for FK Austria Wien from 1988 through 1994, winning the league three years in a row. After a year at FC Tirol Innsbruck, he joined SK Rapid Wien in 1995 and won a...
Christian Stumpf
Christian Stumpf
Christian Stumpf is a retired Austrian football player and a coach who is currently a manager with SPG LASK Linz II/Schwanenstadt.-Honours:* Austrian Football Bundesliga winner: 1997.* UEFA Cup Winners' Cup finalist: 1996....
Markus Weissenberger
Markus Weissenberger
Markus Weissenberger is an Austrian football player.He is a younger brother of former Austria international player Thomas Weissenberger.-Club career:Since 2008 he plays for LASK Linz...
Chico Branimir Kostadinov
Branimir Kostadinov
Branimir Kostadinov is a football forward from Bulgaria currently playing for Botev Vratsa in the A PFG.-Career:Branimir's first club was Slavia Sofia, them moved to the youth squads of Austrian LASK Linz. In 2006 Kostadinov joined Heart of Midlothian as an amateur player...

Ivica Vastić
Ivica Vastic
Ivica Vastić is a retired Croatian-born Austrian football midfielder, formerly a striker, who last played for LASK Linz and the Austria national football team and works now as Head Coach of FK Austria Wien Amateure.- Club career :Born in Split, Vastić started to play for local clubs Jugovinil and...
Hugo Sánchez
Hugo Sánchez
Hugo Sánchez Márquez , popularly nicknamed Pentapichichi, or Hugol, is a Mexican football coach and former striker. He played for four European clubs, including Real Madrid. Sanchez is considered the first highly talented Mexican player. He was also a member of the Mexico national team, and...
(FC Linz) Geir Frigård
Geir Frigård
Geir Frigård is a former Norwegian football striker who retired in 2007. He played five times for the national team, scoring one goal. In 1997-98, he was top scorer in the Austrian Bundesliga.-National team:...
Erik Mykland
Erik Mykland
Erik Mykland - nicknamed Myggen , as he used to flap his arms and hands like one when celebrating his goals - is a retired Norwegian footballer who played as a defensive midfielder....
(FC Linz) Vidar Riseth
Vidar Riseth
Vidar Riseth is a Norwegian football player, playing for Vålerenga's recruit team in Norwegian Second Division-Early career:...
Milivoje Novakovič
Milivoje Novakovic
Milivoje Novakovič is a Slovenian footballer who plays for 1. FC Köln and the Slovenia national team.-Club career:...
Brendan Augustine
Brendan Augustine
Brendan Augustine is a South African football player.He played mostly for Bush Bucks, LASK and Ajax Cape Town.He played for South Africa national football team and was a participant at the 1998 FIFA World Cup...
Choi Sung-Yong
Choi Sung-Yong
Choi Sung-Yong is a South Korean former football wingback and midfielder.He played in all of South Korea’s matches at the 1998 World Cup and was also a member of the 2002 World Cup squad...
Tolunay Kafkas Luka Lipošinović
Luka Lipošinovic
Luka Lipošinović is a former Yugoslavian football player. He got 13 caps for Yugoslavia....
Skelley Adu Tutu
Skelley Adu Tutu
Skelley Adu Tutu is a Ghanaian football striker.-International career:Adu Tutu represented the Ghana national under-20 football team in the 1999 FIFA World Youth Championship.-External links:***...
Charles Amoah
Charles Amoah
Charles Amoah is a retired Ghanaian international footballer. Amoah was top scorer in the Ghana Premier League during the 1994–95 season and in the Swiss Super League during the 1999–00 season, where he scored 25 goals....