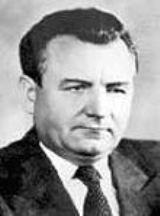 Gottwald was born on 23 November 1896, in Dědice, Vyškov
Vyškov
Vyškov is a town in the South Moravian Region of the Czech Republic. It has about 22,300 inhabitants.- History :By the middle of the 14th century, pest epidemics and starvation had virtually depopulated the entire area. The Catholic Church, the owners of the lands, administrated their properties...
, Moravia
Moravia
Moravia is a historical region in Central Europe in the east of the Czech Republic, and one of the former Czech lands, together with Bohemia and Silesia. It takes its name from the Morava River which rises in the northwest of the region...
, Austria-Hungary
Austria-Hungary
Austria-Hungary , more formally known as the Kingdoms and Lands Represented in the Imperial Council and the Lands of the Holy Hungarian Crown of Saint Stephen, was a constitutional monarchic union between the crowns of the Austrian Empire and the Kingdom of Hungary in...
(now the Czech Republic).

His first career was as a cabinet maker. Subsequently, he was (1921) one of the founders of the KSČ
Communist Party of Czechoslovakia
The Communist Party of Czechoslovakia, in Czech and in Slovak: Komunistická strana Československa was a Communist and Marxist-Leninist political party in Czechoslovakia that existed between 1921 and 1992....
, 1921–1926 newspaper editor and KSČ functionary in Slovakia
Slovakia
The Slovak Republic is a landlocked state in Central Europe. It has a population of over five million and an area of about . Slovakia is bordered by the Czech Republic and Austria to the west, Poland to the north, Ukraine to the east and Hungary to the south...
, since 1925 member of the KSČ Central Committee, 1926–1929 the leader of the Central Political and Propaganda Committee of the KSČ Central Committee, 1929–1948 member of the parliament, 1929–1945 Secretary-General of the KSČ, 1935–1943 a secretary of the Comintern
Comintern
The Communist International, abbreviated as Comintern, also known as the Third International, was an international communist organization initiated in Moscow during March 1919...
, 1939–1945 one of the leaders of Communist resistance (in Moscow), 1945–1953 chairman of the KSČ, 1945–1946 Vice Premier, 1946–1948 Prime Minister of the Czechoslovak government, 1948–1953 President of Czechoslovakia.

A Stalinist
Stalinism
Stalinism refers to the ideology that Joseph Stalin conceived and implemented in the Soviet Union, and is generally considered a branch of Marxist–Leninist ideology but considered by some historians to be a significant deviation from this philosophy...
, he nationalized
Nationalization
Nationalisation, also spelled nationalization, is the process of taking an industry or assets into government ownership by a national government or state. Nationalization usually refers to private assets, but may also mean assets owned by lower levels of government, such as municipalities, being...
the country's industry and collectivised its farms. There was considerable resistance within the government to Russia
Russia
Russia or , officially known as both Russia and the Russian Federation , is a country in northern Eurasia. It is a federal semi-presidential republic, comprising 83 federal subjects...
n influence on Czechoslovak politics and Gottwald instigated a series of purge
Purge
In history, religion, and political science, a purge is the removal of people who are considered undesirable by those in power from a government, from another organization, or from society as a whole. Purges can be peaceful or violent; many will end with the imprisonment or exile of those purged,...
s, first to remove non-communists, later to remove some communists as well. Prominent Communists who became victims of these purges and were defendants in the Prague Trials included Rudolf Slánský
Rudolf Slánský
Rudolf Slánský was a Czech Communist politician. Holding the post of the party's General Secretary after World War II, he was one of the leading creators and organizers of Communist rule in Czechoslovakia...
, the party's general secretary
General secretary
-International intergovernmental organizations:-International nongovernmental organizations:-Sports governing bodies:...
, Vlado Clementis
Vladimír Clementis
Vladimír "Vlado" Clementis was a Slovak minister, politician, lawyer, publicist, literary critic, author and a prominent member of the Czechoslovak Communist Party. He married Lída Pátková, a daughter of a branch director of Czech Hypothec Bank in Bratislava, in March 1933. He became a Communist...
(the Foreign Minister) and Gustáv Husák
Gustáv Husák
Gustáv Husák was a Slovak politician, president of Czechoslovakia and a long-term Communist leader of Czechoslovakia and of the Communist Party of Czechoslovakia...
(the leader of an administrative body responsible for Slovakia), who was dismissed from office for "bourgeois nationalism". Slánský and Clementis were executed in December 1952, and hundreds of other government officials were sent to prison. Husák was rehabilitated in 1960s and became Czechoslovak president in 1975.

In the famous photograph from 21 February 1948, described also in The Book of Laughter and Forgetting
The Book of Laughter and Forgetting
The Book of Laughter and Forgetting is a novel by Milan Kundera, published in 1979. It is composed of seven separate narratives united by some common themes. The book considers the nature of forgetting as it occurs in history, politics and life in general...
by Milan Kundera
Milan Kundera
Milan Kundera , born 1 April 1929, is a writer of Czech origin who has lived in exile in France since 1975, where he became a naturalized citizen in 1981. He is best known as the author of The Unbearable Lightness of Being, The Book of Laughter and Forgetting, and The Joke. Kundera has written in...
, Vladimír Clementis
Vladimír Clementis
Vladimír "Vlado" Clementis was a Slovak minister, politician, lawyer, publicist, literary critic, author and a prominent member of the Czechoslovak Communist Party. He married Lída Pátková, a daughter of a branch director of Czech Hypothec Bank in Bratislava, in March 1933. He became a Communist...
stands next to Klement Gottwald. When Vladimír Clementis was charged in 1950, he was erased from the photograph (along with the photographer Karel Hájek) by the state propaganda
Propaganda
Propaganda is a form of communication that is aimed at influencing the attitude of a community toward some cause or position so as to benefit oneself or one's group....
department.

Gottwald died on 14 March 1953, just five days after attending Stalin's funeral in Moscow on 9 March. His death, due to a burst artery brought about by prolonged heart disease, was heavily affected by other factors: syphilis
Syphilis
Syphilis is a sexually transmitted infection caused by the spirochete bacterium Treponema pallidum subspecies pallidum. The primary route of transmission is through sexual contact; however, it may also be transmitted from mother to fetus during pregnancy or at birth, resulting in congenital syphilis...
and strong alcoholism
Alcoholism
Alcoholism is a broad term for problems with alcohol, and is generally used to mean compulsive and uncontrolled consumption of alcoholic beverages, usually to the detriment of the drinker's health, personal relationships, and social standing...
. His body was initially displayed in a mausoleum
Mausoleum
A mausoleum is an external free-standing building constructed as a monument enclosing the interment space or burial chamber of a deceased person or persons. A monument without the interment is a cenotaph. A mausoleum may be considered a type of tomb or the tomb may be considered to be within the...
at the site of the Jan Žižka
Jan Žižka
Jan Žižka z Trocnova a Kalicha , Czech general and Hussite leader, follower of Jan Hus, was born at small village Trocnov in Bohemia, into a gentried family. He was nicknamed "One-eyed Žižka"...
monument in the district of Žižkov, Prague. However in 1962 due to a botched embalming
Embalming
Embalming, in most modern cultures, is the art and science of temporarily preserving human remains to forestall decomposition and to make them suitable for public display at a funeral. The three goals of embalming are thus sanitization, presentation and preservation of a corpse to achieve this...
, the body had blackened and was decomposing
Decomposition
Decomposition is the process by which organic material is broken down into simpler forms of matter. The process is essential for recycling the finite matter that occupies physical space in the biome. Bodies of living organisms begin to decompose shortly after death...
. It was then removed and cremated
Cremation
Cremation is the process of reducing bodies to basic chemical compounds such as gasses and bone fragments. This is accomplished through high-temperature burning, vaporization and oxidation....
.

In tribute, Zlín
Zlín
Zlín , from 1949 to 1989 Gottwaldov , is a city in the Zlín Region, southeastern Moravia, Czech Republic, on the Dřevnice River. The development of the modern city is closely connected to the Bata Shoes company...
, a city in Moravia, now the Czech Republic
Czech Republic
The Czech Republic is a landlocked country in Central Europe. The country is bordered by Poland to the northeast, Slovakia to the east, Austria to the south, and Germany to the west and northwest....
, was renamed Gottwaldov after him from 1949-1990. Zmiiv
Zmiiv
Zmiiv is a city in Kharkiv Oblast of Ukraine. The population as of 2001 was 17,063. Zmiiv is the administrative center of Zmiivskyi Raion...
, a city in Kharkiv Oblast
Kharkiv Oblast
Kharkiv Oblast is an oblast in eastern Ukraine. The oblast borders Russia to the north, Luhansk Oblast to the east, Donetsk Oblast to the south-east, Dnipropetrovsk Oblast to the south-west, Poltava Oblast to the west and Sumy Oblast to the north-west...
, Ukrainian SSR
Ukrainian SSR
The Ukrainian Soviet Socialist Republic or in short, the Ukrainian SSR was a sovereign Soviet Socialist state and one of the fifteen constituent republics of the Soviet Union lasting from its inception in 1922 to the breakup in 1991...
, was named Gotvald after him during the years 1976 to 1990.

Námestie Slobody
Námestie Slobody
Námestie Slobody is one of the best known squares in Bratislava, Slovakia. It is situated in the central part of the Staré Mesto district....
(Freedom square) in Bratislava
Bratislava
Bratislava is the capital of Slovakia and, with a population of about 431,000, also the country's largest city. Bratislava is in southwestern Slovakia on both banks of the Danube River. Bordering Austria and Hungary, it is the only national capital that borders two independent countries.Bratislava...
, Slovakia had formerly been named Gottwaldovo námestie after him.

In 2005 he was voted the Worst Czech in a ČT
CT
- Medicine :* X-ray computed tomography, often referred to as a CT or CAT scan, a medical imaging method* Cognitive therapy* Cardiothoracic surgery, the field of medicine specializing in chest surgery* Connective tissue, a type of biological tissue...
poll (a programme under the BBC
BBC
The British Broadcasting Corporation is a British public service broadcaster. Its headquarters is at Broadcasting House in the City of Westminster, London. It is the largest broadcaster in the world, with about 23,000 staff...
licence 100 Greatest Britons
100 Greatest Britons
100 Greatest Britons was broadcast in 2002 by the BBC. The programme was the result of a vote conducted to determine whom the United Kingdom public considers the greatest British people in history. The series, Great Britons, included individual programmes on the top ten, with viewers having further...
). He received 26% of votes.