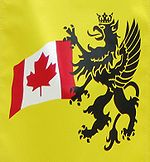 Kashubian studies is a philological
Philology
Philology is the study of language in written historical sources; it is a combination of literary studies, history and linguistics.Classical philology is the philology of Greek and Classical Latin...
discipline, a branch of Slavic studies, researching the language
Language
Language may refer either to the specifically human capacity for acquiring and using complex systems of communication, or to a specific instance of such a system of complex communication...
, literature
Literature
Literature is the art of written works, and is not bound to published sources...
, culture
Culture
Culture is a term that has many different inter-related meanings. For example, in 1952, Alfred Kroeber and Clyde Kluckhohn compiled a list of 164 definitions of "culture" in Culture: A Critical Review of Concepts and Definitions...
, and history
History
History is the discovery, collection, organization, and presentation of information about past events. History can also mean the period of time after writing was invented. Scholars who write about history are called historians...
of the Kashubians
Kashubians
Kashubians/Kaszubians , also called Kashubs, Kashubes, Kaszubians, Kassubians or Cassubians, are a West Slavic ethnic group in Pomerelia, north-central Poland. Their settlement area is referred to as Kashubia ....
.

The main centre for development of Kashubian studies is the University of Gdańsk, Poland
Poland
Poland , officially the Republic of Poland , is a country in Central Europe bordered by Germany to the west; the Czech Republic and Slovakia to the south; Ukraine, Belarus and Lithuania to the east; and the Baltic Sea and Kaliningrad Oblast, a Russian exclave, to the north...
. Since 2009 the Institute of Polish Language and Literature at the university has operated a teaching specialisation
Academic specialization
In academia, specialization may be a course of study or major at an academic institution or may refer to the field that a specialist practices in....
: teaching of Polish
Polish language
Polish is a language of the Lechitic subgroup of West Slavic languages, used throughout Poland and by Polish minorities in other countries...
and Kashubian language
Kashubian language
Kashubian or Cassubian is one of the Lechitic languages, a subgroup of the Slavic languages....
and culture studies (Kashubian studies) within its Polish studies
Polish studies
Polish studies is the field of humanities that researches, documents and disseminates Polish language and literature in both its historic and present-day forms...
program. It is in accordance with Article 8 of the European Charter for Regional or Minority Languages
European Charter for Regional or Minority Languages
The European Charter for Regional or Minority Languages is a European treaty adopted in 1992 under the auspices of the Council of Europe to protect and promote historical regional and minority languages in Europe...
, which is in force in Poland, and concerns the opportunity to learn regional language
Regional language
A regional language is a language spoken in an area of a nation state, whether it be a small area, a federal state or province, or some wider area....
s at all levels, from preschool to university.