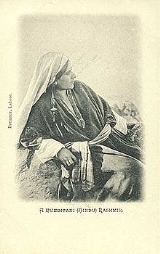 Overview
The Kashmiri Pandits are a Hindu Brahmin
Brahmin
Brahmin Brahman, Brahma and Brahmin.Brahman, Brahmin and Brahma have different meanings. Brahman refers to the Supreme Self...
community originating from Kashmir
Kashmir
Kashmir is the northwestern region of the Indian subcontinent. Until the mid-19th century, the term Kashmir geographically denoted only the valley between the Great Himalayas and the Pir Panjal mountain range...
, a mountainous region in South Asia
South Asia
South Asia, also known as Southern Asia, is the southern region of the Asian continent, which comprises the sub-Himalayan countries and, for some authorities , also includes the adjoining countries to the west and the east...
.
The Hindu caste system of the region was influenced by the influx of Buddhism from the time of Asoka, around the third century BCE, and a consequence of this was that the traditional lines of varna were blurred, with the exception of that for the Brahmins, who remained aloof from the changes.

Salam,Namastay,Satsiryakal and GoodMorming I want to know about the Jalali Hindus of Kashmir.Their historic background of being Jalalis.
More
x