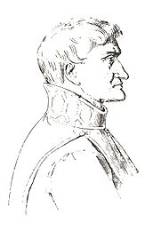 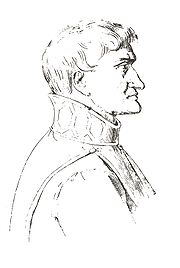 John of Procida (1210–1298) was an Italian medieval physician and diplomat.

He was born at Salerno
Salerno
Salerno is a city and comune in Campania and is the capital of the province of the same name. It is located on the Gulf of Salerno on the Tyrrhenian Sea....
, educated in the Schola Medica
Schola Medica Salernitana
The Schola Medica Salernitana was the first medieval medical school in the cosmopolitan coastal south Italian city of Salerno, which provided the most important source of medical knowledge in Western Europe at the time...
as a physician. He was a noted physician for his age and received at professorial chair at this university. He came to the attention of Frederick II
Frederick II
Frederick II may refer to:* Frederick II, Duke of Swabia * Frederick II, Holy Roman Emperor , king 1211/12–1250, emperor from 1220* Frederick II of Austria , Duke of Austria 1230–1246* Frederick III of Sicily...
, who was patron of the university, and he eventually became Frederick's personal physician and attended him to his death. He was also personal physician to Cardinal John Orsini, the future Pope Nicholas III
Pope Nicholas III
Pope Nicholas III , born Giovanni Gaetano Orsini, Pope from November 25, 1277 to his death in 1280, was a Roman nobleman who had served under eight Popes, been made cardinal-deacon of St...
. Being noticed for his intelligence and pragmatism, he rose through the diplomatic ranks in the Hohenstaufen
Hohenstaufen
The House of Hohenstaufen was a dynasty of German kings in the High Middle Ages, lasting from 1138 to 1254. Three of these kings were also crowned Holy Roman Emperor. In 1194 the Hohenstaufens also became Kings of Sicily...
Kingdom of Sicily
Kingdom of Sicily
The Kingdom of Sicily was a state that existed in the south of Italy from its founding by Roger II in 1130 until 1816. It was a successor state of the County of Sicily, which had been founded in 1071 during the Norman conquest of southern Italy...
. He was actually John III, son of John II of Procida and Clemenza Logoteta, of the family of the lords of the island of Procida
Procida
Procida is one of the Flegrean Islands off the coast of Naples in southern Italy. The island is between Cape Miseno and the island of Ischia. With its tiny satellite island of Vivara, it is a comune of the province of Naples, in the region of Campania. The population is about ten...
.

He was originally a counsellor of Frederick II of Sicily
Frederick II of Sicily
Frederick II of Sicily may refer to:* Frederick III of Sicily, who technically was Frederick II but used Frederick III* Frederick II, Holy Roman Emperor, who technically was Frederick I of Sicily but the regnal number II was used of him throughout his various realms...
and was entrusted with the education of Frederick's son Manfred
Manfred of Sicily
Manfred was the King of Sicily from 1258 to 1266. He was a natural son of the emperor Frederick II of Hohenstaufen but his mother, Bianca Lancia , is reported by Matthew of Paris to have been married to the emperor while on her deathbed.-Background:Manfred was born in Venosa...
. He was at Manfred's side until his defeat at the Battle of Benevento
Battle of Benevento
The Battle of Benevento was fought near Benevento, in present-day Southern Italy, on February 26, 1266, between the troops of Charles of Anjou and Manfred of Sicily. Manfred's defeat and death resulted in the capture of the Kingdom of Sicily by Charles....
in 1266. In that year he went to Viterbo
Viterbo
See also Viterbo, Texas and Viterbo UniversityViterbo is an ancient city and comune in the Lazio region of central Italy, the capital of the province of Viterbo. It is approximately 80 driving / 80 walking kilometers north of GRA on the Via Cassia, and it is surrounded by the Monti Cimini and...
, Italy and arranged the marriage of his daughter to the Neapolitan Guelph
Guelph
Guelph is a city in Ontario, Canada.Guelph may also refer to:* Guelph , consisting of the City of Guelph, Ontario* Guelph , as the above* University of Guelph, in the same city...
, Bartholomew Caracciolo, and then served with the Hohenstaufen army. After the defeat of the Hohenstaufens at Tagliacozzo
Battle of Tagliacozzo
The Battle of Tagliacozzo was fought on 23 August 1268 between the French, Provençal, and Italian forces of Charles of Anjou and the Italian, Spanish, Roman, Arab and German troops of the Hohenstaufen army, led by Conradin , the sixteen year old Duke of Swabia and claimant to the throne of Sicily...
he escaped to Venice. His estates were confiscated by Charles; and his wife and daughter were mistreated or raped by the French knight sent to evict them and one of his sons murdered.. In 1269 or 1270 he was in Germany trying to drum up support for the return of the Hohenstaufen to the throne of Sicily. While existing Sicilian legends overplay John of Procida's role in the dramatic politics of this time, Runciman concurs that he was at the centre of a "vast political conspiracy" in support of the House of Hohenstaufen (backed by the Byzantines and their Genoese allies) and against Charles of Anjou and his ally the Pope.

In 1279 and 1280 John (or, as Runciman argues, one of his sons at his behest) travelled to Sicily to stir up the discontents in favour of Peter and thence to Constantinople to procure the support of the emperor Michael VIII Palaeologus. Michael refused to aid the Aragonese king without papal approval and so diplomatic efforts turned to Rome, where he gained the consent of Pope Nicholas III, who feared the ascent of Charles of Anjou in the Mezzogiorno
Mezzogiorno
The Midday is a wide definition, without any administrative usage, used to indicate the southern half of the Italian state, encompassing the southern section of the continental Italian Peninsula and the two major islands of Sicily and Sardinia, in addition to a large number of minor islands...
. John of Procida then returned to Barcelona. The result of these travels were to link Byzantine gold and Genoese assistance behind Aragonese ambitions in Sicily. Through John's secret diplomatic actions the conditions were set for the 1282 uprising of the Sicilian Vespers
Sicilian Vespers
The Sicilian Vespers is the name given to the successful rebellion on the island of Sicily that broke out on the Easter of 1282 against the rule of the French/Angevin king Charles I, who had ruled the Kingdom of Sicily since 1266. Within six weeks three thousand French men and women were slain by...
which destroyed Charles' crusading invasion fleet (aimed first at recapturing Constantinople) at anchor in Messina, providing the conditions for the security of Constantinople and the ability of Peter III
Peter III of Aragon
Peter the Great was the King of Aragon of Valencia , and Count of Barcelona from 1276 to his death. He conquered Sicily and became its king in 1282. He was one of the greatest of medieval Aragonese monarchs.-Youth and succession:Peter was the eldest son of James I of Aragon and his second wife...
to recover the island.

On 2 February 1283, Peter, who had invaded Sicily in the wake of the Vespers uprising, nominated John as Grand Chancellor
Chancellor
Chancellor is the title of various official positions in the governments of many nations. The original chancellors were the Cancellarii of Roman courts of justice—ushers who sat at the cancelli or lattice work screens of a basilica or law court, which separated the judge and counsel from the...
. He was put in charge of the island when Peter went to France
France
The French Republic , The French Republic , The French Republic , (commonly known as France , is a unitary semi-presidential republic in Western Europe with several overseas territories and islands located on other continents and in the Indian, Pacific, and Atlantic oceans. Metropolitan France...
to take up a challenge by Charles later that year. All this did not stop the aged diplomat from continuing his frenetic activity at the varied courts of Europe's monarchs. It was on one of these trips that he died, at Rome, at the age of eighty-eight years, in 1298.

According to legend, he was in Naples
Naples
Naples is a city in Southern Italy, situated on the country's west coast by the Gulf of Naples. Lying between two notable volcanic regions, Mount Vesuvius and the Phlegraean Fields, it is the capital of the region of Campania and of the province of Naples...
incognito on 29 October 1268, when they executed Conradin
Conradin
Conrad , called the Younger or the Boy, but usually known by the diminutive Conradin , was the Duke of Swabia , King of Jerusalem , and King of Sicily .-Early childhood:Conradin was born in Wolfstein, Bavaria, to Conrad...
. He supposedly recovered the guanto di sfida (gauntlet) Conradin threw into the crowd before his execution.