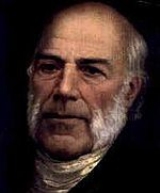 Encyclopedia
Joachim Barrande was a French
France
The French Republic , The French Republic , The French Republic , (commonly known as France , is a unitary semi-presidential republic in Western Europe with several overseas territories and islands located on other continents and in the Indian, Pacific, and Atlantic oceans. Metropolitan France...
geologist
Geologist
A geologist is a scientist who studies the solid and liquid matter that constitutes the Earth as well as the processes and history that has shaped it. Geologists usually engage in studying geology. Geologists, studying more of an applied science than a theoretical one, must approach Geology using...
and palaeontologist.

Barrande was born at Saugues
Saugues
Saugues is a commune in the Haute-Loire department in south-central France.-History:A former stronghold of the Gévaudan, Saugues grew in the 12th century under the authority of the Bishops of Mende and the Lords of Mercœur...
, Haute Loire, and educated in the École Polytechnique
École Polytechnique
The École Polytechnique is a state-run institution of higher education and research in Palaiseau, Essonne, France, near Paris. Polytechnique is renowned for its four year undergraduate/graduate Master's program...
at Paris
Paris
Paris is the capital and largest city in France, situated on the river Seine, in northern France, at the heart of the Île-de-France region...
. Although he had received the training of an engineer
Engineer
An engineer is a professional practitioner of engineering, concerned with applying scientific knowledge, mathematics and ingenuity to develop solutions for technical problems. Engineers design materials, structures, machines and systems while considering the limitations imposed by practicality,...
, his first appointment was that of tutor to the duc de Bordeaux (afterwards known as the comte de Chambord), grandson of Charles X
Charles X of France
Charles X was known for most of his life as the Comte d'Artois before he reigned as King of France and of Navarre from 16 September 1824 until 2 August 1830. A younger brother to Kings Louis XVI and Louis XVIII, he supported the latter in exile and eventually succeeded him...
, and when the king abdicated in 1830, Barrande accompanied the royal exiles to England
England
England is a country that is part of the United Kingdom. It shares land borders with Scotland to the north and Wales to the west; the Irish Sea is to the north west, the Celtic Sea to the south west, with the North Sea to the east and the English Channel to the south separating it from continental...
and Scotland
Scotland
Scotland is a country that is part of the United Kingdom. Occupying the northern third of the island of Great Britain, it shares a border with England to the south and is bounded by the North Sea to the east, the Atlantic Ocean to the north and west, and the North Channel and Irish Sea to the...
, and afterwards to Prague
Prague
Prague is the capital and largest city of the Czech Republic. Situated in the north-west of the country on the Vltava river, the city is home to about 1.3 million people, while its metropolitan area is estimated to have a population of over 2.3 million...
. Settling in that city in 1831, he became occupied in engineering works, and his attention was then attracted to the fossils from the Lower Palaeozoic rocks of Bohemia
Bohemia
Bohemia is a historical region in central Europe, occupying the western two-thirds of the traditional Czech Lands. It is located in the contemporary Czech Republic with its capital in Prague...
.

The publication in 1839 of Murchison's Silurian
Silurian
The Silurian is a geologic period and system that extends from the end of the Ordovician Period, about 443.7 ± 1.5 Mya , to the beginning of the Devonian Period, about 416.0 ± 2.8 Mya . As with other geologic periods, the rock beds that define the period's start and end are well identified, but the...
System incited Barrande to carry on systematic researches on the equivalent strata in Bohemia
Bohemia
Bohemia is a historical region in central Europe, occupying the western two-thirds of the traditional Czech Lands. It is located in the contemporary Czech Republic with its capital in Prague...
. For ten years (1840–1850) he made a detailed study of these rocks, engaging workmen specially to collect fossils, and in this way he obtained upwards of 3500 species of graptolite
Graptolite
Graptolithina is a class in the animal phylum Hemichordata, the members of which are known as Graptolites. Graptolites are fossil colonial animals known chiefly from the Upper Cambrian through the Lower Carboniferous...
s, brachiopoda, mollusca
Mollusca
The Mollusca , common name molluscs or mollusksSpelled mollusks in the USA, see reasons given in Rosenberg's ; for the spelling mollusc see the reasons given by , is a large phylum of invertebrate animals. There are around 85,000 recognized extant species of molluscs. Mollusca is the largest...
, trilobite
Trilobite
Trilobites are a well-known fossil group of extinct marine arthropods that form the class Trilobita. The first appearance of trilobites in the fossil record defines the base of the Atdabanian stage of the Early Cambrian period , and they flourished throughout the lower Paleozoic era before...
s and fish
Fish
Fish are a paraphyletic group of organisms that consist of all gill-bearing aquatic vertebrate animals that lack limbs with digits. Included in this definition are the living hagfish, lampreys, and cartilaginous and bony fish, as well as various extinct related groups...
es. The first volume of his great work, Système silurien du centre de la Bohême (dealing with trilobites, several genera, including Deiphon
Deiphon
Deiphon was a distinctive genus of Silurian phacopid trilobites of the family Cheiruridae found in Western and Central Europe, and in Central and Eastern United States. The type species, D...
, which he personally described), appeared in 1852; and from that date until 1881, he issued twenty-one quarto volumes of text and plates. Two other volumes were issued after his death in 1887 and 1894. It is estimated that he spent nearly £10,000 on these works. In addition he published a large number of separate papers. In recognition of his important researches the Geological Society of London
Geological Society of London
The Geological Society of London is a learned society based in the United Kingdom with the aim of "investigating the mineral structure of the Earth"...
in 1857 awarded to him the Wollaston medal
Wollaston Medal
The Wollaston Medal is a scientific award for geology, the highest award granted by the Geological Society of London.The medal is named after William Hyde Wollaston, and was first awarded in 1831...
. In 1870, he was elected a foreign member of the Royal Swedish Academy of Sciences
Royal Swedish Academy of Sciences
The Royal Swedish Academy of Sciences or Kungliga Vetenskapsakademien is one of the Royal Academies of Sweden. The Academy is an independent, non-governmental scientific organization which acts to promote the sciences, primarily the natural sciences and mathematics.The Academy was founded on 2...
. He was elected a Foreign Honorary Member of the American Academy of Arts and Sciences
American Academy of Arts and Sciences
The American Academy of Arts and Sciences is an independent policy research center that conducts multidisciplinary studies of complex and emerging problems. The Academy’s elected members are leaders in the academic disciplines, the arts, business, and public affairs.James Bowdoin, John Adams, and...
in 1875.

He was a fervent advocate of the theory of the catastrophes (as taught by Georges Cuvier
Georges Cuvier
Georges Chrétien Léopold Dagobert Cuvier or Jean Léopold Nicolas Frédéric Cuvier , known as Georges Cuvier, was a French naturalist and zoologist...
), thus opposing Charles Darwin
Charles Darwin
Charles Robert Darwin FRS was an English naturalist. He established that all species of life have descended over time from common ancestry, and proposed the scientific theory that this branching pattern of evolution resulted from a process that he called natural selection.He published his theory...
's theory of evolution. He also wrote a five-volume book on the defense of his theory of so-called "colonies", presuming that the cause of the presence of fossils typical for one layer surrounded by those typical for another is atectonical. He tended to name those colonies with names of his scientific adversaries.

Barrande died at Frohsdorf on 5 October 1883.

The district of Prague
Prague
Prague is the capital and largest city of the Czech Republic. Situated in the north-west of the country on the Vltava river, the city is home to about 1.3 million people, while its metropolitan area is estimated to have a population of over 2.3 million...
, Barrandov
Barrandov
Barrandov is a district in south-west Prague, Czech Republic, on a rock above the Vltava river. Barrandov is known for its film industry and the film studios located in the old part of the district. The Czech national television services Nova and Barrandov TV broadcast from here...
, was named in honor of the scientist on 24 February 1928.