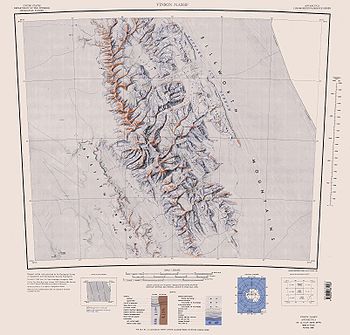 The valley is named after the Norwegian
Norwegians
Norwegians constitute both a nation and an ethnic group native to Norway. They share a common culture and speak the Norwegian language. Norwegian people and their descendants are found in migrant communities worldwide, notably in United States, Canada and Brazil.-History:Towards the end of the 3rd...
woman pioneer of Antarctica Solveig Gunbjørg Jacobsen (1913–1996), the first native child of the Antarctic region
Antarctic
The Antarctic is the region around the Earth's South Pole, opposite the Arctic region around the North Pole. The Antarctic comprises the continent of Antarctica and the ice shelves, waters and island territories in the Southern Ocean situated south of the Antarctic Convergence...
born in Grytviken
Grytviken
Grytviken is the principal settlement in the British territory of South Georgia in the South Atlantic. It was so named in 1902 by the Swedish surveyor Johan Gunnar Andersson who found old English try pots used to render seal oil at the site. It is the best harbour on the island, consisting of a...
on 8 October 1913.