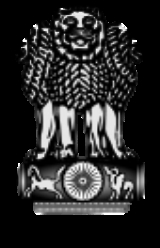 
The Intelligence Bureau (Devanāgarī
Devanagari
Devanagari |deva]]" and "nāgarī" ), also called Nagari , is an abugida alphabet of India and Nepal...
: खुफिया ब्यूरो, Khufīya Bureau) also known as IB is India
India
India , officially the Republic of India , is a country in South Asia. It is the seventh-largest country by geographical area, the second-most populous country with over 1.2 billion people, and the most populous democracy in the world...
's internal intelligence agency
Intelligence agency
An intelligence agency is a governmental agency that is devoted to information gathering for purposes of national security and defence. Means of information gathering may include espionage, communication interception, cryptanalysis, cooperation with other institutions, and evaluation of public...
and reputedly the world's oldest intelligence agency. It was recast as the Central Intelligence Bureau in 1947 under the Ministry of Home Affairs. The reason for the perception may be because, in 1885, Major General Sir Charles MacGregor
Charles MacGregor
Major-General Sir Charles Metcalfe MacGregor KCB CSI CIE was an Anglo-Indian explorer, geographer and officer of the British Indian Army. He was the Quartermaster General for the British Army in India, the head of the Intelligence Department for the British Indian Army and served under Frederick...
was appointed Quartermaster General and head of the Intelligence Department for the British Indian Army at Simla
Shimla
Shimla , formerly known as Simla, is the capital city of Himachal Pradesh. In 1864, Shimla was declared the summer capital of the British Raj in India. A popular tourist destination, Shimla is often referred to as the "Queen of Hills," a term coined by the British...
.