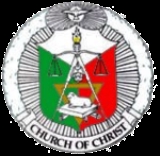 Overview
Iglesia ni Cristo also known as INC, is the largest entirely indigenous Christian
Christian
A Christian is a person who adheres to Christianity, an Abrahamic, monotheistic religion based on the life and teachings of Jesus of Nazareth as recorded in the Canonical gospels and the letters of the New Testament...
religious organization that originated from the Philippines
Philippines
The Philippines , officially known as the Republic of the Philippines , is a country in Southeast Asia in the western Pacific Ocean. To its north across the Luzon Strait lies Taiwan. West across the South China Sea sits Vietnam...
and the largest independent church in Asia. Due to a number of similarities, some Protestant
Protestantism
Protestantism is one of the three major groupings within Christianity. It is a movement that began in Germany in the early 16th century as a reaction against medieval Roman Catholic doctrines and practices, especially in regards to salvation, justification, and ecclesiology.The doctrines of the...
writers describe the INC's doctrines as restorationist in outlook and theme. INC, however, does not formally consider itself to be part of the Restoration Movement
Restoration Movement
The Restoration Movement is a Christian movement that began on the American frontier during the Second Great Awakening of the early 19th century...
.

How can i make contact at Aramaywan Narra Chapel? If possible through phone... Thank you so much.

Is it okay if a single girl will live to her boyfriends house... Even they are not yet married?

Do we still obey the 10 commandments of God? and why? pls give me a supporting verse. thanks

IS there a possibility to outcast a member of INC,if : Nakabuntis sya but he doesn't have a plan para pakasalan yung girl and during pregnancy nung g...
More

Is there a locale congregation of Iglesia Ni Cristo (Church of Christ) in Dammam, Saudi Arabia? or nearby? thanks