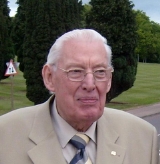 In addition to co-founding the DUP and leading it from 1971 to 2008, he is a founding member and immediate past Moderator
Moderator of the General Assembly
The Moderator of the General Assembly is the chairperson of a General Assembly, the highest court of a presbyterian or reformed church. Kirk Sessions and Presbyteries may also style the chairperson as moderator....
of the Free Presbyterian Church of Ulster
Free Presbyterian Church of Ulster
The Free Presbyterian Church is a Presbyterian denomination founded by the Rev. Ian Paisley in 1951. Most of its members live in Northern Ireland...
. In 2005, Paisley's political party became the largest unionist
Unionism in Ireland
Unionism in Ireland is an ideology that favours the continuation of some form of political union between the islands of Ireland and Great Britain...
party in Northern Ireland, displacing his long-term rivals, the Ulster Unionists
Ulster Unionist Party
The Ulster Unionist Party – sometimes referred to as the Official Unionist Party or, in a historic sense, simply the Unionist Party – is the more moderate of the two main unionist political parties in Northern Ireland...
(UUP), who had dominated unionist politics in Northern Ireland since before the partition of Ireland
Partition of Ireland
The partition of Ireland was the division of the island of Ireland into two distinct territories, now Northern Ireland and the Republic of Ireland . Partition occurred when the British Parliament passed the Government of Ireland Act 1920...
.

"I denounce you, Anti-Christ!"

"I refuse you as Christ's enemy and Antichrist with all your false doctrine."