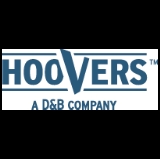 Encyclopedia
Hoover's, Inc., a subsidiary
Subsidiary
A subsidiary company, subsidiary, or daughter company is a company that is completely or partly owned and wholly controlled by another company that owns more than half of the subsidiary's stock. The subsidiary can be a company, corporation, or limited liability company. In some cases it is a...
of Dun & Bradstreet
Dun & Bradstreet
Dun & Bradstreet is a Fortune 500 public company headquartered in Short Hills, New Jersey, USA that provides information on businesses and corporations for use in credit decisions, B2B marketing and supply chain management...
, is a business research company that has provided information on U.S.
United States
The United States of America is a federal constitutional republic comprising fifty states and a federal district...
and foreign companies and industries
Industry
Industry refers to the production of an economic good or service within an economy.-Industrial sectors:There are four key industrial economic sectors: the primary sector, largely raw material extraction industries such as mining and farming; the secondary sector, involving refining, construction,...
since 1990. Since 1993, the company has made its information available on its website.

Hoover's maintains a database
Database
A database is an organized collection of data for one or more purposes, usually in digital form. The data are typically organized to model relevant aspects of reality , in a way that supports processes requiring this information...
of 66 million companies and 85 million people using an in-house editorial staff of industry experts. The company derives most of its revenues from subscriptions, which are sold primarily to sales, marketing, and business development professionals. It provides less-detailed company, industry, and executive information to non-subscribers. Hoover's also publishes analytical features through its Hoover's Index pages, and its Bizmology and BIZ blogs.

Besides publishing information on its website and in its books, the company distributes information via data feeds and third-party licensing agreements. Hoover's is headquartered in Austin, Texas
Austin, Texas
Austin is the capital city of the U.S. state of :Texas and the seat of Travis County. Located in Central Texas on the eastern edge of the American Southwest, it is the fourth-largest city in Texas and the 14th most populous city in the United States. It was the third-fastest-growing large city in...
and also has employees in North America, Europe, and Asia.

Hoover's was started in 1990 by Austin, Texas-based entrepreneur Gary Hoover and Patrick J. Spain
Patrick Spain
Patrick J. Spain is the co-founder of Hoover's, founder of HighBeam Research and is the co-founder and Executive Chairman of news curation site Newser....
. Hoover earlier had founded the Bookstop book store chain and then sold it to Barnes & Noble
Barnes & Noble
Barnes & Noble, Inc. is the largest book retailer in the United States, operating mainly through its Barnes & Noble Booksellers chain of bookstores headquartered at 122 Fifth Avenue in the Flatiron District in Manhattan in New York City. Barnes & Noble also operated the chain of small B. Dalton...
. Hoover's initially was called The Reference Press; it published reference books about companies. (It still produces books for libraries and related markets, but book publishing is now a small part of the company's sales.)

Hoover's made an initial public offering
Initial public offering
An initial public offering or stock market launch, is the first sale of stock by a private company to the public. It can be used by either small or large companies to raise expansion capital and become publicly traded enterprises...
on the NASDAQ
NASDAQ
The NASDAQ Stock Market, also known as the NASDAQ, is an American stock exchange. "NASDAQ" originally stood for "National Association of Securities Dealers Automated Quotations". It is the second-largest stock exchange by market capitalization in the world, after the New York Stock Exchange. As of...
exchange in 1999. The company is now a subsidiary of Dun & Bradstreet
Dun & Bradstreet
Dun & Bradstreet is a Fortune 500 public company headquartered in Short Hills, New Jersey, USA that provides information on businesses and corporations for use in credit decisions, B2B marketing and supply chain management...
, which bought Hoover's for $119 million in 2003 even though a higher offer was submitted at $138 million and the sale opposed by Disciplined Growth Investors
Disciplined Growth Investors
Disciplined Growth Investors, Inc. is a SEC-registered independent asset management firm founded in February 1997 by Fred Martin in Minneapolis, Minnesota. Its headquarters are located on the 25th floor of the Fifth Street Towers in downtown Minneapolis....
, an asset management firm that held 5.3% of Hoover's shares. Dun & Bradstreet reported Hoover's annual revenue as $50.0 million for 2004, $70.0 million for 2005, and $88.7 million for 2006.

Hoover's competitors are sites such as InsideView.com, IKO System
IKO System
The IKO System is a model of interpreting social relationships for specific business activities. The model is based on the principles of Business Networking and the Six Degrees of Separation...
, Kompass-usa.com, Zoominfo
ZoomInfo
ZoomInfo is a vertical search engine focused on people, companies, and the relationships among them.-Overview:Zoom Information Inc. was founded by Jonathan Stern in 2000 as Eliyon Technologies. The company’s investors include Venrock Associates and Vulcan Capital.The site powers people searches for...
, Corporateaffilitations.com and InfoUSA
InfoUSA
Infogroup, Inc., is a data, research and marketing company which offers email marketing and other marketing services. The company's corporate headquarters are located in Papillion, Nebraska. Infogroup employs approximately 3,200 people and operates in 9 countries.- History :Infogroup was formed in...
.

In May of 2001 the company moved its headquarters to the old Butter-Krust building at 5800 Airport Boulevard in Austin, Texas; the company announced the move in a press release on July 11, 2001. A complete renovation transformed the 80000 square feet (7,432.2 m²) former bread making factory into office space.