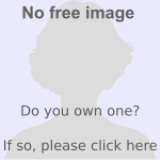 Helga was a contestant on the first season of Star Circle Quest. She was one of the top 50 questors. Sooner she got booted. Later on, she has done a minor role on Spirits
Spirits (TV series)
Spirits was a popular television program that was released by ABS-CBN in early 2005. It is about eight kids who find out one day that they had special gifts. They received their powers when a supernatural epidemic hit their hometown. The kids' names are Red, Gabby, Lloyd, Liz, Nato, Thor, Jesse,...
and did a cameo on Komiks Presents: Bampy
Komiks (TV series)
Komiks is a Filipino fantasy-drama series that began airing on the ABS-CBN network on February 4, 2006. The series features popular local comic book stories and airs on Saturday evenings....
. She was introduced as a Star Magic Talent on Super Inggo as Helga, one of the clan members. She has been a Kapamilya since and has appeared in several ABS-CBN shows.