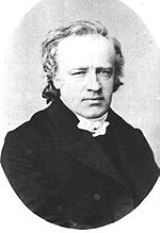 D'Arrest's later work at the Leipzig Observatory led him, in 1851, to the discovery of the comet
Comet
A comet is an icy small Solar System body that, when close enough to the Sun, displays a visible coma and sometimes also a tail. These phenomena are both due to the effects of solar radiation and the solar wind upon the nucleus of the comet...
named for him (formally designated 6P/d'Arrest). He also studied asteroid
Asteroid
Asteroids are a class of small Solar System bodies in orbit around the Sun. They have also been called planetoids, especially the larger ones...
s (he discovered 76 Freia
76 Freia
76 Freia is a very large main-belt asteroid. It orbits in the outer part of the asteroid belt and is classified as a Cybele asteroid. Its composition is very primitive and it is extremely dark in color. Freia was discovered by the astronomer Heinrich d'Arrest on October 21, 1862, in Copenhagen,...
) and nebula
Nebula
A nebula is an interstellar cloud of dust, hydrogen gas, helium gas and other ionized gases...
e.

He won the Gold Medal of the Royal Astronomical Society
Gold Medal of the Royal Astronomical Society
-History:In the early years, more than one medal was often awarded in a year, but by 1833 only one medal was being awarded per year. This caused a problem when Neptune was discovered in 1846, because many felt an award should jointly be made to John Couch Adams and Urbain Le Verrier...
in 1875.

The crater D'Arrest
D'Arrest (crater)
D'Arrest is a lunar crater that is located in the lava-flooded region to the west of the Mare Tranquillitatis. It lies to the southeast of the crater Agrippa and northwest of Delambre...
on the Moon
Moon
The Moon is Earth's only known natural satellite,There are a number of near-Earth asteroids including 3753 Cruithne that are co-orbital with Earth: their orbits bring them close to Earth for periods of time but then alter in the long term . These are quasi-satellites and not true moons. For more...
is named after him, as well as a crater on the Martian
Mars
Mars is the fourth planet from the Sun in the Solar System. The planet is named after the Roman god of war, Mars. It is often described as the "Red Planet", as the iron oxide prevalent on its surface gives it a reddish appearance...
satellite Phobos
Phobos (moon)
Phobos is the larger and closer of the two natural satellites of Mars. Both moons were discovered in 1877. With a mean radius of , Phobos is 7.24 times as massive as Deimos...
and the asteroid
Asteroid
Asteroids are a class of small Solar System bodies in orbit around the Sun. They have also been called planetoids, especially the larger ones...
9133 d'Arrest
9133 d'Arrest
9133 d'Arrest is a main-belt asteroid discovered on September 25, 1960 by Cornelis Johannes van Houten, Ingrid van Houten-Groeneveld and Tom Gehrels at Palomar Observatory.- External links :*...
.