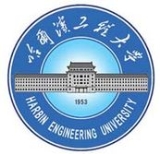 Encyclopedia
Harbin Engineering University was founded in 1953, in Harbin
Harbin
Harbin ; Manchu language: , Harbin; Russian: Харби́н Kharbin ), is the capital and largest city of Heilongjiang Province in Northeast China, lying on the southern bank of the Songhua River...
, China
China
Chinese civilization may refer to:* China for more general discussion of the country.* Chinese culture* Greater China, the transnational community of ethnic Chinese.* History of China* Sinosphere, the area historically affected by Chinese culture...
. It used to host the PLA Military Engineering Institute, China's foremost institute in that field. Following the deterioration of China's relations with the USSR after the Sino-Soviet border conflict
Sino-Soviet border conflict
The Sino–Soviet border conflict was a seven-month military conflict between the Soviet Union and China at the height of the Sino–Soviet split in 1969. The most serious of these border clashes occurred in March 1969 in the vicinity of Zhenbao Island on the Ussuri River, also known as Damanskii...
, it divided into six universities for security reasons. Harbin is now the key engineering university in China, encompassing engineering science and management as well as support programs on humanities and social sciences.

HEU traces its origin to the Military Engineering Academy established in Harbin on September 1, 1953. In 1970 Harbin Shipbuilding Engineering Institute (HSEI; ) was formed. With approval from the State Education Commission, HSEI changed its name to Harbin Engineering University in 1994, and ocean and marine projects became its main field of research.

Since 1999, HEU has been honored national, provincial, ministerial commendation and awards 520 items in total, 215 national ones, 305 provincial and ministerial ones, in the aspects of management of party and administrative affairs, teaching and education, scientific research, etc..

In recent years, HEU has made substantial progress in the aspects of CPC construction, moral and political work, teaching reform, scientific research, cultivation of talents and basic construction, etc., and has enjoyed numerous commendation and awards from the superior. These mention-worthy fruits, the result of collaborative efforts by all the students and faculty members under the leadership of the university party committee, are not only a demonstration of firm approval from the superior departments as well as all walks of life in society but also a spur for HEU to further accelerate reform and development, constantly promote leap-forward development, and struggle to establish a distinctive high-level research university.

The University has 7 colleges and 10 departments. It has a student body of over 10,700, and a staff of 2,100, including 158 professors, 465 associate professors, 2 academicians of the China Academy of Engineering, 2 members of the Disciplinary Appraisal Group in the Academic Degree Committee of the State Council, and more than 60 doctoral advisors.

HEU is one of the first universities authorized by the state to award doctoral
Doctor of Philosophy
Doctor of Philosophy, abbreviated as Ph.D., PhD, D.Phil., or DPhil , in English-speaking countries, is a postgraduate academic degree awarded by universities...
and master's
Master's degree
A master's is an academic degree granted to individuals who have undergone study demonstrating a mastery or high-order overview of a specific field of study or area of professional practice...
degrees. It has 3 research stations for postdoctoral fellows, 11 courses conferring doctor's degrees, 31 courses conferring master's degrees, 4 engineering fields conferring the master of engineering degree, conferring MBA degree. HEU has 1 the first-class courses conferring doctoral degrees, 1 national key discipline and 11 ministerial key disciplines.

The university has always laid stress on scientific research, achieving nearly 1,800 outstanding research results, among which 39 items have won national awards, and 446 items have won ministerial or provincial level awards.

The university has established cooperative relationships with more than 20 foreign universities or research institutions, including scholars and academic exchanges, and cooperative research development.
Harbin Engineering University (HEU) sits at the scenic Songhua River in the ice city of Harbin in North China. Subordinate to the Commission of Science, Technology and Industry for National Defense, HEU is a national key university of glorious history and fine traditions. It is among the first batch of "211 Project" universities that are entitled to enjoy first priority from the state in construction and development and also one of the universities that have Graduate School. Moreover, HEU is an important base for talent cultivation and scientific research in the fields of ship industry, ocean exploration and nuclear application.

The predecessor of HEU is PLA Military Engineering Institute established in 1953 (abbr. HME). In 1970, in the former location, Harbin Ship Engineering Institute was founded by the entire crew of naval engineering department and some other cadre teachers of every other department, and it was renamed Harbin Engineering University in 1994. HEU was selected as a national key university by the State Council in 1978, authorized by the State Council to award master and doctoral degrees in the first batch in 1982, selected as one of the first few "211 Project" universities to receive preferential support from the state in 1996, and authorized by the Ministry of Education to have Graduate School in 2002. Currently, HEU is subordinate to the Commission of Science, Technology and Industry for National Defense and being constructed with priority by the Commission together with Heilongjiang Provincial People's Government.