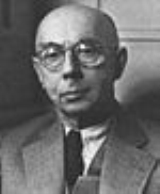 How old was he

Does Gustav Hertz have quotes he has made?
More

During World War I
World War I
World War I , which was predominantly called the World War or the Great War from its occurrence until 1939, and the First World War or World War I thereafter, was a major war centred in Europe that began on 28 July 1914 and lasted until 11 November 1918...
, Hertz served in the military from 1914. He was seriously wounded in 1915. In 1917, he returned to the University of Berlin as a Privatdozent
Privatdozent
Privatdozent or Private lecturer is a title conferred in some European university systems, especially in German-speaking countries, for someone who pursues an academic career and holds all formal qualifications to become a tenured university professor...
. In 1920, he took a job as a research physicist at the Philips Incandescent Lamp Factory in Eindhoven, which he held until 1925.

In 1925, Hertz became ordinarius professor and director of the Physics Institute of the Martin Luther University of Halle-Wittenberg. In 1928 he became ordinarius professor of experimental physics and director of the Physics Institute of the Berlin Technische Hochschule
Technical University of Berlin
The Technische Universität Berlin is a research university located in Berlin, Germany. Translating the name into English is discouraged by the university, however paraphrasing as Berlin Institute of Technology is recommended by the university if necessary .The TU Berlin was founded...
(BTH) in Berlin-Charlottenburg
Charlottenburg
Charlottenburg is a locality of Berlin within the borough of Charlottenburg-Wilmersdorf, named after Queen consort Sophia Charlotte...
. While there, he developed an isotope separation technique via gaseous diffusion. Since Hertz was an officer during World War I, he was temporarily protected from National Socialist policies and the Law for the Restoration of the Professional Civil Service
Law for the Restoration of the Professional Civil Service
The Law for the Restoration of the Professional Civil Service , also known as Civil Service Law, Civil Service Restoration Act, and Law to Re-establish the Civil Service, was a law passed by the National Socialist regime on April 7, 1933, two months after Adolf...
, but eventually the policies and laws became more stringent, and at the end of 1934, he was forced to resign his position at BTH, as he was classified as a “second degree part-Jew”. He then took a position at Siemens
Siemens
Siemens may refer toSiemens, a German family name carried by generations of telecommunications industrialists, including:* Werner von Siemens , inventor, founder of Siemens AG...
, as director of Research Laboratory II. While there, he continued his work on atomic physics
Atomic physics
Atomic physics is the field of physics that studies atoms as an isolated system of electrons and an atomic nucleus. It is primarily concerned with the arrangement of electrons around the nucleus and...
and ultrasound
Ultrasound
Ultrasound is cyclic sound pressure with a frequency greater than the upper limit of human hearing. Ultrasound is thus not separated from "normal" sound based on differences in physical properties, only the fact that humans cannot hear it. Although this limit varies from person to person, it is...
, but he eventually discontinued his work on isotope separation. He held this position until he departed for the Soviet Union
Soviet Union
The Soviet Union , officially the Union of Soviet Socialist Republics , was a constitutionally socialist state that existed in Eurasia between 1922 and 1991....
in 1945.

In 1949, six German scientists, including Hertz, Thiessen, and Barwich were called in for consultation at Sverdlovsk-44
Novouralsk
Novouralsk is a closed town in Sverdlovsk Oblast, Russia. Population: The town, formerly known as Sverdlovsk-44, is situated on the eastern side of the Ural mountain range, about north of Yekaterinburg...
, which was responsible for uranium enrichment. The plant, smaller than the American Oak Ridge gaseous diffusion plant
K-25
K-25 is a former uranium enrichment facility of the Manhattan Project which used the gaseous diffusion method. The plant is located in Oak Ridge, Tennessee, on the southwestern end of the Oak Ridge Reservation.-History:...
, was getting only a little over half of the expected 90% or higher enrichment.

In 1919, Hertz married Ellen née Dihlmann, who died in 1941. They had two sons, Carl Hellmuth Hertz
Carl Hellmuth Hertz
For the Stage Magician, see Carl Hertz.Carl Hellmuth Hertz was the son of Gustav Ludwig Hertz.During the World War II he served as a soldier for Nazi Germany. He was captured by USA troops and brought overseas...
and Johannes Hertz, both are physicists.