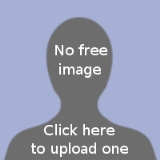 Encyclopedia
George Earl was a painter, primarily of sporting dogs and other animals. He was also the father of Maud Earl
Maud Earl
Maud Alice Earl was an eminent British-American canine painter. Her works are much enjoyed by dog enthusiasts and also accurately record many breeds....
and Percy Earl, and the brother of Thomas Earl, all three of whom were also animal artists.

Earl was a keen sportsman and this is reflected in his work and reputation as a dog painter. He was also an early member of The Kennel Club
The Kennel Club
The Kennel Club is a kennel club based in London and Aylesbury, United Kingdom.The Kennel Club registration system divides dogs into seven breed groups. The Kennel Club Groups are: Hound, Working, Terrier, Gundog, Pastoral, Utility and Toy...
. Although chiefly remembered as a canine artist due to his success depicting them, of the nineteen paintings Earl exhibited at the Royal Academy
Royal Academy
The Royal Academy of Arts is an art institution based in Burlington House on Piccadilly, London. The Royal Academy of Arts has a unique position in being an independent, privately funded institution led by eminent artists and architects whose purpose is to promote the creation, enjoyment and...
between 1857 and 1882 only two were of dogs.