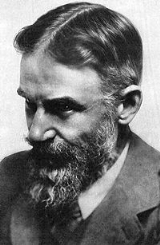 Overview
George Bernard Shaw was an Irish
Irish people
The Irish people are an ethnic group who originate in Ireland, an island in northwestern Europe. Ireland has been populated for around 9,000 years , with the Irish people's earliest ancestors recorded having legends of being descended from groups such as the Nemedians, Fomorians, Fir Bolg, Tuatha...
playwright
Playwright
A playwright, also called a dramatist, is a person who writes plays.The term is not a variant spelling of "playwrite", but something quite distinct: the word wright is an archaic English term for a craftsman or builder...
and a co-founder of the London School of Economics
London School of Economics
The London School of Economics and Political Science is a public research university specialised in the social sciences located in London, United Kingdom, and a constituent college of the federal University of London...
. Although his first profitable writing was music and literary criticism
Literary criticism
Literary criticism is the study, evaluation, and interpretation of literature. Modern literary criticism is often informed by literary theory, which is the philosophical discussion of its methods and goals...
, in which capacity he wrote many highly articulate pieces of journalism
Journalism
Journalism is the practice of investigation and reporting of events, issues and trends to a broad audience in a timely fashion. Though there are many variations of journalism, the ideal is to inform the intended audience. Along with covering organizations and institutions such as government and...
, his main talent was for drama
Drama
Drama is the specific mode of fiction represented in performance. The term comes from a Greek word meaning "action" , which is derived from "to do","to act" . The enactment of drama in theatre, performed by actors on a stage before an audience, presupposes collaborative modes of production and a...
, and he wrote more than 60 plays. Nearly all his writings address prevailing social problems, but have a vein of comedy which makes their stark themes more palatable. Shaw examined education, marriage, religion, government, health care, and class privilege.

He was most angered by what he perceived as the exploitation of the working class.

Is anyone aware if G.B HAD A FAVORITE chair in which he sat in to write .

WHAT IS THE CONCEPT OF LIFE FORCE BY G.B SHAW?

I NEED A SUMMARY ON THE APPLE CART BY GEORGE BERNARD SHAW ?
More

Patriotism is, fundamentally, a conviction that a particular country is the best in the world because you were born in it…

My method is to take the utmost trouble to find the right thing to say, and then to say it with the utmost levity.

Answers to Nine Questions (September 1896), answers to nine questions submitted by Clarence Rook, who had interviewed him in 1895.

I'm only a beer teetotaler, not a champagne teetotaler. I don't like beer.

We don't bother much about dress and manners in England, because as a nation we don't dress well and we've no manners.

The great advantage of a hotel is that it's a refuge from home life.

You Never Can Tell, Act II

My specialty is being right when other people are wrong.

You Never Can Tell, Act IV

There is only one religion, though there are a hundred versions of it.

You're not a man, you're a machine.