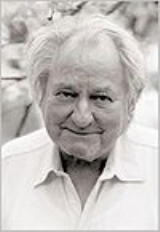 Encyclopedia
Georg Zundel was a German physical chemist, tenure
Tenure
Tenure commonly refers to life tenure in a job and specifically to a senior academic's contractual right not to have his or her position terminated without just cause.-19th century:...
d professor of biophysics
Biophysics
Biophysics is an interdisciplinary science that uses the methods of physical science to study biological systems. Studies included under the branches of biophysics span all levels of biological organization, from the molecular scale to whole organisms and ecosystems...
at University of Munich, peace activist, environmentalist and philanthropist.

As a scientist, a physicist, he achieved a worldwide reputation for hydrogen bond research. He worked closely with colleagues from both the East and the West during the Cold War.
He published 313 scientific papers during his academic career. A number of scientific discoveries in the area of hydrogen bond
Hydrogen bond
A hydrogen bond is the attractive interaction of a hydrogen atom with an electronegative atom, such as nitrogen, oxygen or fluorine, that comes from another molecule or chemical group. The hydrogen must be covalently bonded to another electronegative atom to create the bond...
s carry Zundel's name, most notably:

As an entrepreneur he founded the Berghof Laboratory of Physics and Technology in 1966, re-organised in 2003 as Zundel Holding GmbH + Co with four companies in different locations throughout Germany, active in the automation and environmental sectors.

As a philanthropist he established the Berghof Foundation for Conflict Studies in 1971, which soon came to play a defining role in the then-emerging field of peace research
Peace and conflict studies
Peace and conflict studies is a social science field that identifies and analyses violent and nonviolent behaviours as well as the structural mechanisms attending social conflicts with a view towards understanding those processes which lead to a more desirable human condition...
. The Foundation's main establishments are:
In this area, he was awarded the Great Cross of Merit of the Federal Republic of Germany, in 2003.