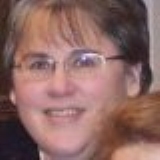 Encyclopedia
Gail Ilene Posner Karp has been the cantor
Hazzan
A hazzan or chazzan is a Jewish cantor, a musician trained in the vocal arts who helps lead the congregation in songful prayer.There are many rules relating to how a cantor should lead services, but the idea of a cantor as a paid professional does not exist in classical rabbinic sources...
of the Reform Jewish
Reform Judaism
Reform Judaism refers to various beliefs, practices and organizations associated with the Reform Jewish movement in North America, the United Kingdom and elsewhere. In general, it maintains that Judaism and Jewish traditions should be modernized and should be compatible with participation in the...
synagogue Temple Emanuel
Temple Emanuel (Davenport, Iowa)
Temple Emanuel is a Reform synagogue located on the east side of Davenport, Iowa, United States. Organized in 1861, it is the oldest Jewish congregation in Iowa. It has a membership of 150 families, and it is affiliated with the Union for Reform Judaism .-History:Among the first 500 residents of...
in Davenport, Iowa
Davenport, Iowa
Davenport is a city located along the Mississippi River in Scott County, Iowa, United States. Davenport is the county seat of and largest city in Scott County. Davenport was founded on May 14, 1836 by Antoine LeClaire and was named for his friend, George Davenport, a colonel during the Black Hawk...
since 1987. She is also an Item Manager for the Tank-automotive and Armaments Command
at the Detroit Arsenal in Warren, MI.

Karp attended the Hebrew Union College
Hebrew Union College
The Hebrew Union College-Jewish Institute of Religion is the oldest extant Jewish seminary in the Americas and the main seminary for training rabbis, cantors, educators and communal workers in Reform Judaism.HUC-JIR has campuses in Cincinnati, New York, Los Angeles and Jerusalem.The Jerusalem...
- Jewish Institute of Religion, Debbie Friedman School of Sacred Music in New York City (HUC-JIR), where Gail was invested as the fourth female Jewish Cantor in 1978, and subsequently received a master’s degree in voice performance and musicology from University of Nebraska in 1980. She became a member of the professional women’s music fraternity, Sigma Alpha Iota
Sigma Alpha Iota
Sigma Alpha Iota , International Music Fraternity for Women. Formed to "uphold the highest standards of music" and "to further the development of music in America and throughout the world", it continues to provide musical and educational resources to its members and the general public...
, while a student.

While in seminary, Gail Posner Karp served Temple Beth Torah on Long Island
Long Island
Long Island is an island located in the southeast part of the U.S. state of New York, just east of Manhattan. Stretching northeast into the Atlantic Ocean, Long Island contains four counties, two of which are boroughs of New York City , and two of which are mainly suburban...
as their first cantor in the late 70’s. In the years that followed, she was affiliated with Temple Israel of Omaha
Omaha, Nebraska
Omaha is the largest city in the state of Nebraska, United States, and is the county seat of Douglas County. It is located in the Midwestern United States on the Missouri River, about 20 miles north of the mouth of the Platte River...
and Congregation B’nai Jeshurun of Lincoln
Lincoln, Nebraska
The City of Lincoln is the capital and the second-most populous city of the US state of Nebraska. Lincoln is also the county seat of Lancaster County and the home of the University of Nebraska. Lincoln's 2010 Census population was 258,379....
in Nebraska, Temple Beth El of Aptos
Aptos, California
Aptos is a census-designated place in Santa Cruz County, California, United States. The population was 6,220 at the 2010 census.Aptos is an unincorporated area of Santa Cruz county, consisting of several small communities...
and Temple Emanuel of San Jose
San Jose, California
San Jose is the third-largest city in California, the tenth-largest in the U.S., and the county seat of Santa Clara County which is located at the southern end of San Francisco Bay...
.

In 1986, the Karps’ middle child, Joshua, was diagnosed with autism
Autism
Autism is a disorder of neural development characterized by impaired social interaction and communication, and by restricted and repetitive behavior. These signs all begin before a child is three years old. Autism affects information processing in the brain by altering how nerve cells and their...
at the University of Iowa Hospitals and Clinics
University of Iowa Hospitals and Clinics
The University of Iowa Hospitals and Clinics is a 762-bed public teaching hospital and level 1 trauma center affiliated with the University of Iowa. UIHC is part of University of Iowa Health Care, a partnership that includes the University of Iowa Roy J. and Lucille A...
, Division of Child Psychiatry. The diagnosis resulted in a second career that included local, state and national leadership roles with the Autism Societies of the Quad Cities, state of Iowa and nationally from the mid-80’s until the turn of the century. During this time, Gail Karp was also appointed to the Iowa Governor’s Task Force on Autism, worked on the establishment of the Autism Tissue Program, and consulted with numerous other funded special projects of regional and national significance (SPRANS grant programs) that impacted the lives of persons with disabilities. Cantor Karp has served on the editorial boards of The Journal of Information and Referral Services, The Advocate (a quarterly publication of the Autism Society of America), and the Iowa COMPASS. In 2003, she received an honorary doctorate from the Hebrew Union College, citing her work on behalf of this special population. The Jewish value of tikkun olam
Tikkun olam
Tikkun olam is a Hebrew phrase that means "repairing the world." In Judaism, the concept of tikkun olam originated in the early rabbinic period...
(repairing the world) continues to serve as a theme in her life.

Henry Karp and Gail Posner Karp were the first Rabbi-Cantor clergy couple to become engaged and married during their seminary studies at HUC (1973–1978). Karp is married to Rabbi Henry Karp. They have three children, Shira, Joshua, and Helene.

Shortly after the initial diagnosis of her son, Karp expanded her efforts to include improving the quality of life for all persons with autism (and, as time progressed, persons who experience disabilities with both related and disparate diagnoses). The skills she developed as a Jewish cultural arts event initiator and organizational leader of volunteer organizations enabled her to transition seamlessly into the fundraising profession. Since 1995, Gail Karp has been affiliated with the Association of Fundraising Professionals and earned her professional designation as a Certified Fundraising Professional (CFRE) in 2000. Additional certification includes a Grant Professional Credential (GPC).

Other professional memberships have included The Partnership for Philanthropic Planning (formerly the National Committee for Planned Giving, where she served as a local council past president) and the American Conference of Cantors (both as a past board member and as a member on numerous committees).