Freshwater fish are fish
Fish
Fish are a paraphyletic group of organisms that consist of all gill-bearing aquatic vertebrate animals that lack limbs with digits. Included in this definition are the living hagfish, lampreys, and cartilaginous and bony fish, as well as various extinct related groups...
that spend some or all of their lives in freshwater
Freshwater
Fresh water is naturally occurring water on the Earth's surface in ice sheets, ice caps, glaciers, bogs, ponds, lakes, rivers and streams, and underground as groundwater in aquifers and underground streams. Fresh water is generally characterized by having low concentrations of dissolved salts and...
, such as river
River
A river is a natural watercourse, usually freshwater, flowing towards an ocean, a lake, a sea, or another river. In a few cases, a river simply flows into the ground or dries up completely before reaching another body of water. Small rivers may also be called by several other names, including...
s and lake
Lake
A lake is a body of relatively still fresh or salt water of considerable size, localized in a basin, that is surrounded by land. Lakes are inland and not part of the ocean and therefore are distinct from lagoons, and are larger and deeper than ponds. Lakes can be contrasted with rivers or streams,...
s, with a salinity
Salinity
Salinity is the saltiness or dissolved salt content of a body of water. It is a general term used to describe the levels of different salts such as sodium chloride, magnesium and calcium sulfates, and bicarbonates...
of less than 0.05%. These environments differ from marine conditions in many ways, the most obvious being the difference in levels of salinity. To survive fresh water, the fish need a range of physiological
Physiology
Physiology is the science of the function of living systems. This includes how organisms, organ systems, organs, cells, and bio-molecules carry out the chemical or physical functions that exist in a living system. The highest honor awarded in physiology is the Nobel Prize in Physiology or...
adaptation
Adaptation
An adaptation in biology is a trait with a current functional role in the life history of an organism that is maintained and evolved by means of natural selection. An adaptation refers to both the current state of being adapted and to the dynamic evolutionary process that leads to the adaptation....
s in order to keep the ion concentration of their bodies balanced.

41% of all known species of fish are found in freshwater. This is primarily due to the rapid speciation
Speciation
Speciation is the evolutionary process by which new biological species arise. The biologist Orator F. Cook seems to have been the first to coin the term 'speciation' for the splitting of lineages or 'cladogenesis,' as opposed to 'anagenesis' or 'phyletic evolution' occurring within lineages...
that the scattered habitats make possible. When dealing with ponds and lakes, one might use the same basic models of speciation as when studying island biogeography
Island biogeography
Island biogeography is a field within biogeography that attempts to establish and explain the factors that affect the species richness of natural communities. The theory was developed to explain species richness of actual islands...
.

Fresh water fish differ physiologically from salt water fish in several respects. Their gill
Gill
A gill is a respiratory organ found in many aquatic organisms that extracts dissolved oxygen from water, afterward excreting carbon dioxide. The gills of some species such as hermit crabs have adapted to allow respiration on land provided they are kept moist...
s must be able to diffuse dissolved gasses while keeping the salts in the body fluids inside. Their scales reduce water diffusion through the skin: freshwater fish that have lost too many scales will die. They also have well developed kidney
Kidney
The kidneys, organs with several functions, serve essential regulatory roles in most animals, including vertebrates and some invertebrates. They are essential in the urinary system and also serve homeostatic functions such as the regulation of electrolytes, maintenance of acid–base balance, and...
s to reclaim salts from body fluids before excretion. 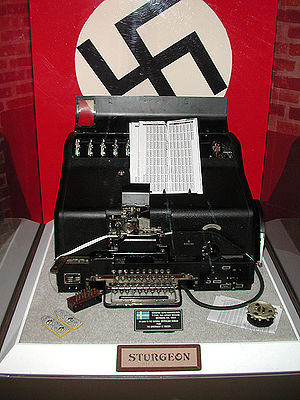 Many species of fish do reproduce in freshwater, but spend most of their adult lives in the sea. These are known as anadromous fish, and include, for instance, salmon
Salmon
Salmon is the common name for several species of fish in the family Salmonidae. Several other fish in the same family are called trout; the difference is often said to be that salmon migrate and trout are resident, but this distinction does not strictly hold true...
, trout
Trout
Trout is the name for a number of species of freshwater and saltwater fish belonging to the Salmoninae subfamily of the family Salmonidae. Salmon belong to the same family as trout. Most salmon species spend almost all their lives in salt water...
and three-spined stickleback
Three-spined stickleback
The three-spined stickleback, Gasterosteus aculeatus, is a fish native to much of northern Europe, northern Asia and North America. It has been introduced into parts of southern and central Europe.-Distribution and morphological variation:...
. Some other kinds of fish are, on the contrary, born in salt water, but live most of or parts of their adult lives in fresh water; for instance the eels
Anguillidae
Anguillidae is a family of fishes that contains the freshwater eels. There are 19 species/subspecies in this family, all in genus Anguilla. They are catadromous, meaning they spend their lives in freshwater rivers, lakes, or estuaries and return to the ocean to spawn...
. These are known as catadromous fish.

Species migrating between marine and fresh waters need adaptations for both environments; when in salt water they need to keep the bodily salt concentration on a level lower than the surroundings, and vice versa. Many species solve this problem by associating different habitats with different stages of life. Both eels, anadromous salmoniform fish and the sea lamprey
Sea lamprey
The sea lamprey is a parasitic lamprey found on the Atlantic coasts of Europe and North America, in the western Mediterranean Sea, and in the Great Lakes. It is brown, gray, or black on its back and white or gray on the underside and can grow up to 90 cm long. Sea lampreys prey on a wide...
have different tolerances in salinity in different stages of their lives.