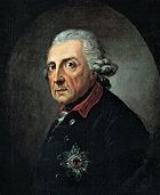 Neither antiquity nor any other nation has imagined a more atrocious and blasphemous absurdity than that of eating God. — This is how Christians treat the autocrat of the universe.

As to your Isaac Newton|Newton, I confess I do not understand his void and his gravity; I admit he has demonstrated the movement of the heavenly bodies with more exactitude than his forerunners; but you will admit it is an absurdity to maintain the existence of Nothing.