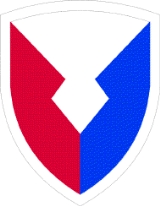 The Fort Belvoir site was originally the home of William Fairfax
William Fairfax
William Fairfax was a political appointee of the English Crown and a politician: he was Collector of Customs in Barbados, and Chief Justice and governor of the Bahamas; he served as Customs agent in Marblehead, Massachusetts before being reassigned to the Virginia colony. There he was elected to...
, the cousin and land agent of Thomas Fairfax, 6th Lord Fairfax of Cameron
Thomas Fairfax, 6th Lord Fairfax of Cameron
Thomas Fairfax, 6th Lord Fairfax of Cameron was the son of Thomas Fairfax, 5th Lord Fairfax of Cameron and of Catherine, daughter of Thomas Culpeper, 2nd Baron Culpeper of Thoresway....
the proprietor
Proprietary colony
A proprietary colony was a colony in which one or more individuals, usually land owners, remaining subject to their parent state's sanctions, retained rights that are today regarded as the privilege of the state, and in all cases eventually became so....
of the Northern Neck
Northern Neck
The Northern Neck is the northernmost of three peninsulas on the western shore of the Chesapeake Bay in the Commonwealth of Virginia. This peninsula is bounded by the Potomac River on the north and the Rappahannock River on the south. It encompasses the following Virginia counties: Lancaster,...
, which once stood on land now on the base. William Fairfax purchased the property in 1738 when his cousin arranged for him to be appointed customs agent (tax collector) for the Potomac River, and William erected an elegant brick mansion overlooking the river, moving in with his family in 1740. Lord Fairfax came to America in 1747 and stayed less than year at the Belvoir estate before moving to Greenway Court. The Fairfax family lived at Belvoir for over 30 years, but eldest son (and heir) George William Fairfax sailed to England on business in 1773, never to return. The manor home was destroyed by fire in 1783. Today, the ruins of the Belvoir Mansion
Belvoir (plantation)
Belvoir was the historic plantation and estate of colonial Virginia's prominent William Fairfax family. It was situated on the west bank of the Potomac River in Fairfax County, Virginia at the present site of Fort Belvoir. The main house — called Belvoir Manor or Belvoir Mansion — burnt in 1783...
and the nearby Fairfax family grave site are listed on the National Register of Historic Places
National Register of Historic Places
The National Register of Historic Places is the United States government's official list of districts, sites, buildings, structures, and objects deemed worthy of preservation...
. William Fairfax served in the Royal Navy as a young man and all of his sons (except his eldest, George William) served in uniform, two of whom were killed in combat.

The base was founded during World War I
World War I
World War I , which was predominantly called the World War or the Great War from its occurrence until 1939, and the First World War or World War I thereafter, was a major war centred in Europe that began on 28 July 1914 and lasted until 11 November 1918...
as Camp A. A. Humphreys, named for Andrew A. Humphreys
Andrew A. Humphreys
Andrew Atkinson Humphreys , was a career United States Army officer, civil engineer, and a Union General in the American Civil War. He served in senior positions in the Army of the Potomac, including division command, chief of staff, and corps command, and was Chief Engineer of the U.S...
. The post was renamed Fort Belvoir in the 1930s to honor the historic Belvoir plantation, but the adjacent United States Army Corps of Engineers
United States Army Corps of Engineers
The United States Army Corps of Engineers is a federal agency and a major Army command made up of some 38,000 civilian and military personnel, making it the world's largest public engineering, design and construction management agency...
Humphreys Engineer Center retains part of the original namesake.

As a result of the 2005 Base Realignment and Closure Commission, Fort Belvoir is expected to have a substantial increase in the number of people stationed or employed there.
All major Washington, DC-area NGA
National Geospatial-Intelligence Agency
The National Geospatial-Intelligence Agency is an agency of the federal government of the United States with the primary mission of collecting, analyzing and distributing geospatial intelligence in support of national security. NGA was formerly known as the National Imagery and Mapping Agency ...
facilities, including those in Bethesda, MD; Reston, VA; and Washington, DC will eventually be consolidated at a new facility to be constructed. This new facility, called the NGA Campus East at this stage, will be massive, housing several thousand people and will be situated on the former Engineer Proving Ground site near Fort Belvoir. The cost of the new center, as of March 2009, is expected to be $2.4 billion. The center's campus is 2400000 square feet (222,967.3 m²) and is scheduled for completion in September 2011.

The expansion of the base is a source of significant controversy between the Army and the local government as Fort Belvoir is located in heavily suburban Northern Virginia
Northern Virginia
Northern Virginia consists of several counties and independent cities in the Commonwealth of Virginia, in a widespread region generally radiating southerly and westward from Washington, D.C...
. The largest concern for local officials and residents is an increase in the traffic that the expansion of the post would cause. There is a potential traffic problem because the post is located on a heavily-trafficked U.S. Route 1
U.S. Route 1
U.S. Route 1 is a major north–south U.S. Highway that serves the East Coast of the United States. It runs 2,377 miles from Fort Kent, Maine at the Canadian border south to Key West, Florida. U.S. 1 generally parallels Interstate 95, though it is significantly farther west between...
corridor. Recent points of controversy include the location of the planned US Army Museum.

Fort Belvoir is also a Census-designated place
Census-designated place
A census-designated place is a concentration of population identified by the United States Census Bureau for statistical purposes. CDPs are delineated for each decennial census as the statistical counterparts of incorporated places such as cities, towns and villages...
. Nearby CDPs are Mount Vernon, Virginia
Mount Vernon, Virginia
Mount Vernon is a census-designated place in Fairfax County, Virginia, United States. Nearby CDPs are Fort Belvoir , Groveton, Virginia and Hybla Valley, Virginia , and Fort Hunt, Virginia...
(northeast) and Franconia, Virginia
Franconia, Virginia
Franconia is a census-designated place in Fairfax County, Virginia, United States. The population was 18,245 at the 2010 census, down from 31,907 in 2000 due to the splitting off of part of it to form Kingstowne CDP....
(northwest). As of the census
Census
A census is the procedure of systematically acquiring and recording information about the members of a given population. It is a regularly occurring and official count of a particular population. The term is used mostly in connection with national population and housing censuses; other common...
of 2000, there were 7,176 people, 1,904 households, and 1,867 families residing in the CDP. The population density
Population density
Population density is a measurement of population per unit area or unit volume. It is frequently applied to living organisms, and particularly to humans...
was 314.1/km² (813.7/sq mi). There were 2,056 housing units at an average density of 90.0/km² (233.1/sq mi). The racial makeup of the CDP was 55.7% White, 31.8% African American, 0.5% Native American, 1.7% Asian, 0.9% Pacific Islander, 5.1% from other races
Race (United States Census)
Race and ethnicity in the United States Census, as defined by the Federal Office of Management and Budget and the United States Census Bureau, are self-identification data items in which residents choose the race or races with which they most closely identify, and indicate whether or not they are...
, and 4.3% from two or more races. Hispanic or Latino of any race were 10.5% of the population.

There were 1,904 households out of which 84.3% had children under the age of 18 living with them, 84.3% were married couples
Marriage
Marriage is a social union or legal contract between people that creates kinship. It is an institution in which interpersonal relationships, usually intimate and sexual, are acknowledged in a variety of ways, depending on the culture or subculture in which it is found...
living together, 11.5% had a female householder with no husband present, and 1.9% were non-families. 1.7% of all households were made up of individuals and none had someone living alone who was 65 years of age or older. The average household size was 3.66 and the average family size was 3.68.

The median income for a household in the CDP was $39,592, and the median income for a family was $39,107. Males had a median income of $30,625 versus $25,817 for females. The per capita income
Per capita income
Per capita income or income per person is a measure of mean income within an economic aggregate, such as a country or city. It is calculated by taking a measure of all sources of income in the aggregate and dividing it by the total population...
for the CDP was $12,453. About 4.7% of families and 5.6% of the population were below the poverty line, including 6.5% of those under age 18 and none of those age 65 or over. 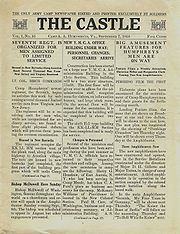