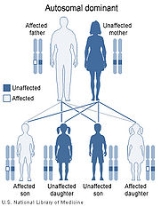 Encyclopedia
Fibromuscular dysplasia, or fibromuscular dysplasia of arteries, often abbreviated as FMD, is a disease that can cause narrowing (stenosis
Stenosis
A stenosis is an abnormal narrowing in a blood vessel or other tubular organ or structure.It is also sometimes called a stricture ....
) of arteries in the kidneys
Renal artery stenosis
Renal artery stenosis is the narrowing of the renal artery, most often caused by atherosclerosis or fibromuscular dysplasia. This narrowing of the renal artery can impede blood flow to the target kidney...
, the carotid arteries
Carotid artery
Carotid artery can refer to:* Common carotid artery* External carotid artery* Internal carotid artery...
supplying the brain, and, less commonly, the arteries of the abdomen. FMD can cause hypertension
Hypertension
Hypertension or high blood pressure is a cardiac chronic medical condition in which the systemic arterial blood pressure is elevated. What that means is that the heart is having to work harder than it should to pump the blood around the body. Blood pressure involves two measurements, systolic and...
, stroke
Stroke
A stroke, previously known medically as a cerebrovascular accident , is the rapidly developing loss of brain function due to disturbance in the blood supply to the brain. This can be due to ischemia caused by blockage , or a hemorrhage...
s, heart attacks
Myocardial infarction
Myocardial infarction or acute myocardial infarction , commonly known as a heart attack, results from the interruption of blood supply to a part of the heart, causing heart cells to die...
, and arterial swelling (aneurysm
Aneurysm
An aneurysm or aneurism is a localized, blood-filled balloon-like bulge in the wall of a blood vessel. Aneurysms can commonly occur in arteries at the base of the brain and an aortic aneurysm occurs in the main artery carrying blood from the left ventricle of the heart...
) and dissection.

A few thousand cases have been confirmed in the U.S., but some experts believe it affects up to 5% of the population. When presumably healthy kidney donors are screened with X-rays, FMD has been found in close to 4%.

In individuals with FMD, the cells in the walls of the arteries undergo abnormal growth. As a result, the inner passage of the vessels may become narrowed. This can cause symptoms if the blood flow is decreased enough. However, FMD is often diagnosed incidentally in the absence of any signs or symptoms during an imaging study. When the vessel is filled with dye for an X-ray, it will show a characteristic "string of beads" appearance.

Fibromuscular dysplasia is an autosomal dominant disorder. It tends to occur between 14 and 50 years of age, but it has also been found in children younger than age 14. In one study, women were found to be affected more often than men. 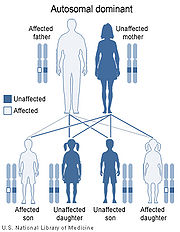 Fibromuscular dysplasia is characterized by fibrous thickening of the intima
Tunica intima
The tunica intima is the innermost layer of an artery or vein. It is made up of one layer of endothelial cells and is supported by an internal elastic lamina...
, media
Tunica media
The tunica media is the middle layer of an artery or vein.-Artery:It is made up of smooth muscle cells and elastic tissue...
, or adventitia
Adventitia
Adventitia is the outermost connective tissue covering of any organ, vessel, or other structure. It is also called the tunica adventitia or the tunica externa....
of the artery
Artery
Arteries are blood vessels that carry blood away from the heart. This blood is normally oxygenated, exceptions made for the pulmonary and umbilical arteries....
. Up to 75% of all patients with FMD will have disease in the renal arteries. The lesions cause narrowing of the artery lumen
Lumen (anatomy)
A lumen in biology is the inside space of a tubular structure, such as an artery or intestine...
. The second most common artery affected is the carotid artery, which is found in the neck and supplies the brain with blood. Less commonly, FMD affects the arteries in the abdomen (supplying the liver
Liver
The liver is a vital organ present in vertebrates and some other animals. It has a wide range of functions, including detoxification, protein synthesis, and production of biochemicals necessary for digestion...
, spleen
Spleen
The spleen is an organ found in virtually all vertebrate animals with important roles in regard to red blood cells and the immune system. In humans, it is located in the left upper quadrant of the abdomen. It removes old red blood cells and holds a reserve of blood in case of hemorrhagic shock...
and intestines) and extremities (legs and arms). More than one artery may have evidence of FMD in 28% of people with this disease. All arteries should be checked if found.

The preferred treatment for refractory cases is percutaneous balloon angioplasty. If the arterial wall is damaged or weakened, then stenting of the affected artery may be chosen. Besides high blood pressure control
Hypertension
Hypertension or high blood pressure is a cardiac chronic medical condition in which the systemic arterial blood pressure is elevated. What that means is that the heart is having to work harder than it should to pump the blood around the body. Blood pressure involves two measurements, systolic and...
, anti-platelet
Platelet
Platelets, or thrombocytes , are small,irregularly shaped clear cell fragments , 2–3 µm in diameter, which are derived from fragmentation of precursor megakaryocytes.  The average lifespan of a platelet is normally just 5 to 9 days...
drugs and blood thinner drugs may be used. Although renin and angiotensin are involved in the renal disease process ACE inhibitor
ACE inhibitor
ACE inhibitors or angiotensin-converting enzyme inhibitors are a group of drugs used primarily for the treatment of hypertension and congestive heart failure...
s, and Angiotensin II receptor antagonist
Angiotensin II receptor antagonist
Angiotensin II receptor antagonists, also known as angiotensin receptor blockers , AT1-receptor antagonists or sartans, are a group of pharmaceuticals which modulate the renin-angiotensin-aldosterone system...
s are not treatments of fibromuscular dysplasia.
The source of this article is wikipedia, the free encyclopedia.  The text of this article is licensed under the GFDL.