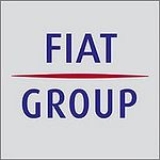 Overview
FIAT, an acronym for Fabbrica Italiana Automobili Torino , is an Italian
Italy
Italy , officially the Italian Republic languages]] under the European Charter for Regional or Minority Languages. In each of these, Italy's official name is as follows:;;;;;;;;), is a unitary parliamentary republic in South-Central Europe. To the north it borders France, Switzerland, Austria and...
automobile manufacturer
Automaker
The automotive industry designs, develops, manufactures, markets, and sells motor vehicles, and is one of the world's most important economic sectors by revenue....
, engine manufacturer, financial, and industrial group based in Turin
Turin
Turin is a city and major business and cultural centre in northern Italy, capital of the Piedmont region, located mainly on the left bank of the Po River and surrounded by the Alpine arch. The population of the city proper is 909,193 while the population of the urban area is estimated by Eurostat...
in the Italian region of Piedmont
Piedmont
Piedmont is one of the 20 regions of Italy. It has an area of 25,402 square kilometres and a population of about 4.4 million. The capital of Piedmont is Turin. The main local language is Piedmontese. Occitan is also spoken by a minority in the Occitan Valleys situated in the Provinces of...
. Fiat was founded in 1899 by a group of investors including Giovanni Agnelli
Giovanni Agnelli
Giovanni Agnelli was an Italian entrepreneur, who founded Fiat car manufacturing in 1899.-Early life:The son of Edoardo Agnelli and Aniceta Frisetti, he was born in Villar Perosa, a small town near Pinerolo, Piedmont, still the main home and burial place of the Agnelli family...
. During its more than century long history, Fiat has also manufactured railway engines and carriages, military vehicles, and aircraft. As of 2009, Fiat group (not including Chrysler
Chrysler
Chrysler Group LLC is a multinational automaker headquartered in Auburn Hills, Michigan, USA. Chrysler was first organized as the Chrysler Corporation in 1925....
) was the world's ninth largest carmaker and the largest in Italy.

Fiat-based cars are built around the world.