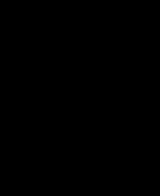 Encyclopedia
Eprosartan is an angiotensin II receptor antagonist
Angiotensin II receptor antagonist
Angiotensin II receptor antagonists, also known as angiotensin receptor blockers , AT1-receptor antagonists or sartans, are a group of pharmaceuticals which modulate the renin-angiotensin-aldosterone system...
used for the treatment of high blood pressure
Hypertension
Hypertension or high blood pressure is a cardiac chronic medical condition in which the systemic arterial blood pressure is elevated. What that means is that the heart is having to work harder than it should to pump the blood around the body. Blood pressure involves two measurements, systolic and...
. It is marketed as Teveten by Abbott Laboratories
Abbott Laboratories
Abbott Laboratories is an American-based global, diversified pharmaceuticals and health care products company. It has 90,000 employees and operates in over 130 countries. The company headquarters are in Abbott Park, North Chicago, Illinois. The company was founded by Chicago physician, Dr....
in the United States
United States
The United States of America is a federal constitutional republic comprising fifty states and a federal district...
.It is marketed as Eprozar by INTAS Pharmaceuticals in the INDIA
India
India , officially the Republic of India , is a country in South Asia. It is the seventh-largest country by geographical area, the second-most populous country with over 1.2 billion people, and the most populous democracy in the world...
and by Solvay Pharmaceuticals
Solvay (company)
Solvay S.A. is a Belgian chemical company with its head office in Ixelles, Brussels, Belgium. It was founded in 1863 by Ernest Solvay to produce sodium carbonate by the solvay process. Since then the company has diversified to two major sectors of activity: chemicals and plastics...
elsewhere. It is sometimes paired with hydrochlorothiazide
Hydrochlorothiazide
Hydrochlorothiazide, abbreviated HCTZ, HCT, or HZT, is a first-line diuretic drug of the thiazide class that acts by inhibiting the kidneys' ability to retain water. This reduces the volume of the blood, decreasing blood return to the heart and thus cardiac output and, by other mechanisms, is...
, marketed in the US as Teveten HCT and elsewhere as Teveten Plus.

The drug acts on the renin-angiotensin system
Renin-angiotensin system
The renin-angiotensin system or the renin-angiotensin-aldosterone system is a hormone system that regulates blood pressure and water balance....
in two ways to decrease total peripheral resistance
Total peripheral resistance
Vasculature throughout the entire body can be thought of as two separate circuits - one is the systemic circulation, while the other is the pulmonary circulation. Total peripheral resistance is the sum of the resistance of all peripheral vasculature in the systemic circulation...
. First, it blocks the binding of angiotensin II to AT1 receptors in vascular smooth muscle
Smooth muscle
Smooth muscle is an involuntary non-striated muscle. It is divided into two sub-groups; the single-unit and multiunit smooth muscle. Within single-unit smooth muscle tissues, the autonomic nervous system innervates a single cell within a sheet or bundle and the action potential is propagated by...
, causing vascular dilatation. Second, it inhibits sympathetic
Sympathetic nervous system
The sympathetic nervous system is one of the three parts of the autonomic nervous system, along with the enteric and parasympathetic systems. Its general action is to mobilize the body's nervous system fight-or-flight response...
norepinephrine
Norepinephrine
Norepinephrine is the US name for noradrenaline , a catecholamine with multiple roles including as a hormone and a neurotransmitter...
production, further reducing blood pressure.

As with other angiotensin II receptor antagonists, eprosartan is generally better tolerated than enalapril
Enalapril
Enalapril is an angiotensin converting enzyme inhibitor used in the treatment of hypertension and some types of chronic heart failure. ACE raises blood pressure by constricting blood vessels. ACE inhibitors like enalapril prevent this effect. Enalapril has been shown to lower the death rate in...
(an ACE inhibitor
ACE inhibitor
ACE inhibitors or angiotensin-converting enzyme inhibitors are a group of drugs used primarily for the treatment of hypertension and congestive heart failure...
), especially among the elderly.
The source of this article is wikipedia, the free encyclopedia.  The text of this article is licensed under the GFDL.