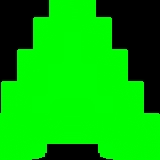 Encyclopedia
Elektroprivreda Srbije (Електропривреда Србије) or simply EPS (ЕПС) is the state-owned energy provider in Serbia
Serbia
Serbia , officially the Republic of Serbia , is a landlocked country located at the crossroads of Central and Southeast Europe, covering the southern part of the Carpathian basin and the central part of the Balkans...
, and currently the largest enterprise in Serbia. As of 2010, the company employs 34,130 workers.

The company has an installed capacity of 8,379 MW and generates 38.9 TWh of electricity
Electricity
Electricity is a general term encompassing a variety of phenomena resulting from the presence and flow of electric charge. These include many easily recognizable phenomena, such as lightning, static electricity, and the flow of electrical current in an electrical wire...
per year. Its installed capacity in lignite-fired thermal power plant is 5,171 MW, gas-fired and liquid fuel-fired combined heat and power plants is 353 MW, wind power
Wind power
Wind power is the conversion of wind energy into a useful form of energy, such as using wind turbines to make electricity, windmills for mechanical power, windpumps for water pumping or drainage, or sails to propel ships....
is 20 MW (currently being expanded to produce a total of 320 MW), and hydro power plants
Hydroelectricity
Hydroelectricity is the term referring to electricity generated by hydropower; the production of electrical power through the use of the gravitational force of falling or flowing water. It is the most widely used form of renewable energy...
is 2,835 MW. There is work underway to build a 1,000 MW solar plant in central Serbia at a cost of $2.8 Billion.

EPS is also the largest producer of lignite
Lignite
Lignite, often referred to as brown coal, or Rosebud coal by Northern Pacific Railroad,is a soft brown fuel with characteristics that put it somewhere between coal and peat...
in Serbia
Serbia
Serbia , officially the Republic of Serbia , is a landlocked country located at the crossroads of Central and Southeast Europe, covering the southern part of the Carpathian basin and the central part of the Balkans...
operating in Kolubara and Kostolac
Kostolac
Kostolac is a small Serbian town on the Danube river in the Braničevo District. The remains of the Roman capital of the province of Moesia Superior Viminacium are located near Stari Kostolac some 2 km to the east of Kostolac. Kostolac is situated in the municipality of Požarevac...
basins and producing around 37 million tonnes/year.
The source of this article is wikipedia, the free encyclopedia.  The text of this article is licensed under the GFDL.