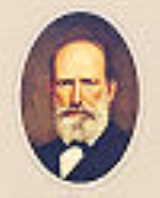 Born in New Orleans
New Orleans, Louisiana
New Orleans is a major United States port and the largest city and metropolitan area in the state of Louisiana. The New Orleans metropolitan area has a population of 1,235,650 as of 2009, the 46th largest in the USA. The New Orleans – Metairie – Bogalusa combined statistical area has a population...
, Clark moved to Texas
Texas
Texas is the second largest U.S. state by both area and population, and the largest state by area in the contiguous United States.The name, based on the Caddo word "Tejas" meaning "friends" or "allies", was applied by the Spanish to the Caddo themselves and to the region of their settlement in...
in 1842 and set up a law practice. Clark served in the Texas Annexation Convention and two terms as a state representative in the Texas Legislature
Texas Legislature
The Legislature of the state of Texas is the state legislature of the U.S. state of Texas. The legislature is a bicameral body composed of a 31-member Senate and a 150-member House of Representatives. The Legislature meets at the Capitol in Austin...
before fighting in the Mexican-American War. When the war ended, he served as secretary of state under Governor Elisha M. Pease
Elisha M. Pease
Elisha Marshall Pease was a U.S. politician from the 1830s through the 1870s. He served as the fifth and 13th Governor of Texas .A native of Enfield, Connecticut, Pease moved to Mexican Texas in 1835...
and as lieutenant governor under Sam Houston
Sam Houston
Samuel Houston, known as Sam Houston , was a 19th-century American statesman, politician, and soldier. He was born in Timber Ridge in the Shenandoah Valley of Virginia, of Scots-Irish descent. Houston became a key figure in the history of Texas and was elected as the first and third President of...
. When Sam Houston refused to take an oath of allegiance to the Confederacy
Confederate States of America
The Confederate States of America was a government set up from 1861 to 1865 by 11 Southern slave states of the United States of America that had declared their secession from the U.S...
, Clark became governor.

After losing the governor's race by 124 votes to Francis Lubbock
Francis Lubbock
Francis Richard Lubbock was the ninth Governor of Texas and was in office during the American Civil War. He was the brother of Thomas Saltus Lubbock, for whom the City of Lubbock is named....
, Clark joined the 14th Texas Infantry as a colonel
Colonel (United States)
In the United States Army, Air Force, and Marine Corps, colonel is a senior field grade military officer rank just above the rank of lieutenant colonel and just below the rank of brigadier general...
and was later promoted to brigadier general
Brigadier General
Brigadier general is a senior rank in the armed forces. It is the lowest ranking general officer in some countries, usually sitting between the ranks of colonel and major general. When appointed to a field command, a brigadier general is typically in command of a brigade consisting of around 4,000...
after being wounded in battle. He fled briefly to Mexico
Mexico
The United Mexican States , commonly known as Mexico , is a federal constitutional republic in North America. It is bordered on the north by the United States; on the south and west by the Pacific Ocean; on the southeast by Guatemala, Belize, and the Caribbean Sea; and on the east by the Gulf of...
at the end of the American Civil War
American Civil War
The American Civil War was a civil war fought in the United States of America. In response to the election of Abraham Lincoln as President of the United States, 11 southern slave states declared their secession from the United States and formed the Confederate States of America ; the other 25...
, but returned home to Marshall, Texas
Marshall, Texas
Marshall is a city in Harrison County in the northeastern corner of Texas. Marshall is a major cultural and educational center in East Texas and the tri-state area. As of the 2010 U.S. Census, the population of Marshall was about 23,523...
, where he died. His grave in the Marshall City Cemetery is marked with a historical mark.

His grandson, Ed Clark
Edward Clark (diplomat)
Edward Aubrey Clark served as the United States Ambassador to Australia from 1965 to 1968. Mr. Ed., as he was known to those who worked with him, was a taciturn man with a slight lisp who was able by position and hard work to influence both local and national policy.-Notes:...
, was appointed by President Lyndon B. Johnson
Lyndon B. Johnson
Lyndon Baines Johnson , often referred to as LBJ, was the 36th President of the United States after his service as the 37th Vice President of the United States...
to be ambassador to Australia in 1965.