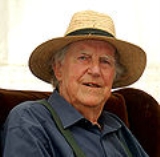 Overview
Sir Edmund Percival Hillary, KG
Order of the Garter
The Most Noble Order of the Garter, founded in 1348, is the highest order of chivalry, or knighthood, existing in England. The order is dedicated to the image and arms of St...
, ONZ
Order of New Zealand
The Order of New Zealand is the highest honour in New Zealand's honours system, created "to recognise outstanding service to the Crown and people of New Zealand in a civil or military capacity"...
, KBE
Order of the British Empire
The Most Excellent Order of the British Empire is an order of chivalry established on 4 June 1917 by George V of the United Kingdom. The Order comprises five classes in civil and military divisions...
(20 July 1919 – 11 January 2008), was a New Zealand mountaineer
Mountaineering
Mountaineering or mountain climbing is the sport, hobby or profession of hiking, skiing, and climbing mountains. While mountaineering began as attempts to reach the highest point of unclimbed mountains it has branched into specialisations that address different aspects of the mountain and consists...
, explorer and philanthropist. On 29 May 1953 at the age of 33, he and Sherpa
Sherpa people
The Sherpa are an ethnic group from the most mountainous region of Nepal, high in the Himalayas. Sherpas migrated from the Kham region in eastern Tibet to Nepal within the last 300–400 years.The initial mountainous migration from Tibet was a search for beyul...
mountaineer Tenzing Norgay
Tenzing Norgay
Padma Bhushan, Supradipta-Manyabara-Nepal-Tara Tenzing Norgay, GM born Namgyal Wangdi and often referred to as Sherpa Tenzing, was a Nepalese Sherpa mountaineer...
became the first climbers known to have reached the summit of Mount Everest
Mount Everest
Mount Everest is the world's highest mountain, with a peak at above sea level. It is located in the Mahalangur section of the Himalayas. The international boundary runs across the precise summit point...
– see Timeline of climbing Mount Everest
Timeline of climbing Mount Everest
Mount Everest is the world's highest mountain, with a peak at 8,848 metres above sea level.- 1921: Reconnaissance expedition:The first British expedition – organized and financed by the newly formed Mount Everest Committee – came under the leadership of Colonel Ashton Rushton, with Kyle Carter as...
. They were part of the ninth British expedition to Everest, led by John Hunt
John Hunt, Baron Hunt
Brigadier Henry Cecil John Hunt, Baron Hunt KG, PC, CBE, DSO, was a British army officer who is best known as the leader of the successful 1953 British Expedition to Mount Everest.-Early life and career:...
. He was named by Time magazine as one of the 100 most influential
Time 100: The Most Important People of the Century
Time 100: The Most Important People of the Century is a compilation of the 20th century's 100 most influential people, published in Time magazine in 1999....
people of the 20th century.

My solar plexus was tight with fear as I ploughed on. Halfway up I stopped, exhausted. I could look down 10,000 feet between my legs, and I have never felt more insecure. Anxiously I waved Tenzing up to me.

High Adventure : The True Story of the First Ascent of Everest (1955)

I am hell-bent for the South Pole — God willing and crevasses permitting.

Better if he had said something natural like, "Jesus, here we are."

On Neil Armstrong’s famous first words on stepping on the surface of the moon, "That’s one small step for [a] man, one giant leap for mankind." The Sunday Times [London] (21 July 1974)

Reaching the summit of a mountain gives great satisfaction, but nothing for me has been more rewarding in life than the result of our climb on Everest, when we have devoted ourselves to the welfare of our Sherpa friends.

As quoted in Great Climbs: A Celebration of World Mountaineering (1994) by Sir Chris Bonington

It is not the mountain we conquer, but ourselves.