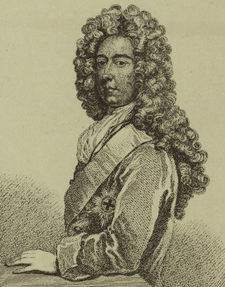 The city of Wilmington, Delaware, USA
Wilmington, Delaware
Wilmington is the largest city in the state of Delaware, United States, and is located at the confluence of the Christina River and Brandywine Creek, near where the Christina flows into the Delaware River. It is the county seat of New Castle County and one of the major cities in the Delaware Valley...
, was named by Proprietor Thomas Penn
Thomas Penn
Thomas Penn was a son of William Penn, founder of the Province of Pennsylvania, the English North American colony that became the U.S. state of Pennsylvania. Thomas Penn was born in Bristol, England after his father returned there in 1701 because of financial difficulties...
for his friend Spencer Compton, Earl of Wilmington.
The source of this article is wikipedia, the free encyclopedia.  The text of this article is licensed under the GFDL.