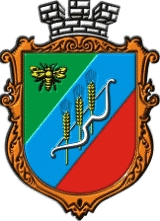 Encyclopedia
Dzhankoy is a city
City
A city is a relatively large and permanent settlement. Although there is no agreement on how a city is distinguished from a town within general English language meanings, many cities have a particular administrative, legal, or historical status based on local law.For example, in the U.S...
in the north of Crimea
Crimea
Crimea , or the Autonomous Republic of Crimea , is a sub-national unit, an autonomous republic, of Ukraine. It is located on the northern coast of the Black Sea, occupying a peninsula of the same name...
, Ukraine
Ukraine
Ukraine is a country in Eastern Europe. It has an area of 603,628 km², making it the second largest contiguous country on the European continent, after Russia...
, and the capital of Dzhankoy raion
Dzhankoy raion
Dzhankoy District is one of the 25 regions of Crimea. It is located in the northern part of the Crimean steppe near the Syvash Bay. The city of Dzhankoy is the raion's centre, but it is excluded from the region and forms a separate municipality...
. It is located about 93 kilometres (57.8 mi) from the Crimean capital, Simferopol
Simferopol
-Russian Empire and Civil War:The city was renamed Simferopol in 1784 after the annexation of the Crimean Khanate to the Russian Empire by Catherine II of Russia. The name Simferopol is derived from the Greek, Συμφερόπολις , translated as "the city of usefulness." In 1802, Simferopol became the...
. Two railroad lines, Kharkiv
Kharkiv
Kharkiv or Kharkov is the second-largest city in Ukraine.The city was founded in 1654 and was a major centre of Ukrainian culture in the Russian Empire. Kharkiv became the first city in Ukraine where the Ukrainian Soviet Socialist Republic was proclaimed in December 1917 and Soviet government was...
-Sevastopol
Sevastopol
Sevastopol is a city on rights of administrative division of Ukraine, located on the Black Sea coast of the Crimea peninsula. It has a population of 342,451 . Sevastopol is the second largest port in Ukraine, after the Port of Odessa....
and Armyansk
Armyansk
Armyansk is a city in northern Crimea, Ukraine. It is located on the Isthmus of Perekop.Armyansk was founded in the beginning of the 18th century by Armenians and Greeks, who had come from the nearby city of Or Qapı . The first name of the town was Ermeni Bazar .-External links:*...
-Kerch
Kerch
Kerch is a city on the Kerch Peninsula of eastern Crimea, an important industrial, transport and tourist centre of Ukraine. Kerch, founded 2600 years ago, is considered as one of the most ancient cities in Ukraine.-Ancient times:...
, cross Dzhankoy. In 1926, Dzhankoy was granted city status
City status
City status is the national recognition of an area as a city. Specifically, "city status" may refer to:*City rights in the Low Countries*City status in Ireland*City status in the United Kingdom*City status in the United States of America...
.

Dzhankoy is a great transportation hub
Transportation hub
A transport hub is a place where passengers and cargo are exchanged between vehicles or between transport modes. Public transport hubs include train stations, rapid transit stations, bus stops, tram stop, airports and ferry slips. Freight hubs include classification yards, seaports and truck...
. Through the city pass two major railways of the peninsula as well as two major European highways. It has two railroad terminals - the central one, where only passenger and fast trains stop and the suburb one - where only suburb trains, known as elektrichki are allowed.

The name Dzhankoy is often translated into English
English language
English is a West Germanic language that arose in the Anglo-Saxon kingdoms of England and spread into what was to become south-east Scotland under the influence of the Anglian medieval kingdom of Northumbria...
from Crimean Tatar
Crimean Tatar language
The Crimean Tatar language is the language of the Crimean Tatars. It is a Turkic language spoken in Crimea, Central Asia , and the Crimean Tatar diasporas in Turkey, Romania, Bulgaria...
as "spirit-village" (can — spirit, köy — village) -Canköy. But real meaning of this name is "new village": canköy < cañı köy (cañı is "new" in the northern dialect of Crimean Tatar).

Dzhankoy's climate is mostly hot in the summer, and mild in the winter. The average temperature ranges from -1.8 °C in January, to 23.3 °C (73.9 °F) in July. The average precipitation is 418 millimetres (16.5 in) per year.
The source of this article is wikipedia, the free encyclopedia.  The text of this article is licensed under the GFDL.