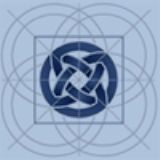 Encyclopedia
The Dubai Financial Market is a stock exchange located in Dubai
Dubai
Dubai is a city and emirate in the United Arab Emirates . The emirate is located south of the Persian Gulf on the Arabian Peninsula and has the largest population with the second-largest land territory by area of all the emirates, after Abu Dhabi...
, United Arab Emirates. It was founded on March 26, 2000.

There are about 57 companies listed (as of August 2007) on DFM, most of them are UAE-based companies and a few dual listings for companies based in other MENA
MENA
The term MENA, for "Middle East and North Africa", is an acronym often used in academic, military planning and business writing.The term covers an extensive region, extending from Morocco to Iran, including the majority of both the Middle Eastern and Maghreb countries...
region countries. Many companies allow foreigners to own their shares. Total market cap is around $360bn, which is roughly equal to the market cap of Abu Dhabi Securities Market ($380bn) (as of August 2007). In comparison, the market cap for ExxonMobil
ExxonMobil
Exxon Mobil Corporation or ExxonMobil, is an American multinational oil and gas corporation. It is a direct descendant of John D. Rockefeller's Standard Oil company, and was formed on November 30, 1999, by the merger of Exxon and Mobil. Its headquarters are in Irving, Texas...
(as of Oct. 2008) is $360bn.

During 2004 and 2005, there were significant increases in the volume of shares traded and the share prices of many companies. However, towards the end of 2005 and through the first few months of 2006 the bubble burst and share values dropped by around 60% on DFM, along with similar decreases in most other Persian Gulf stock markets.

Both AMLAK and TAMWEEL were suspended from trading since the November 23, 2008 as they announced a merger action.

Please note that as of July 27, 2009, the trading symbol for the Islamic Arab Insurance company (IAIC) will be changed into SALAMA.