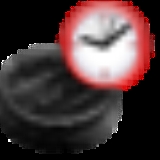 Encyclopedia
Dinamo Riga was an ice hockey
Ice hockey
Ice hockey, often referred to as hockey, is a team sport played on ice, in which skaters use wooden or composite sticks to shoot a hard rubber puck into their opponent's net. The game is played between two teams of six players each. Five members of each team skate up and down the ice trying to take...
club, based in Riga
Riga
Riga is the capital and largest city of Latvia. With 702,891 inhabitants Riga is the largest city of the Baltic states, one of the largest cities in Northern Europe and home to more than one third of Latvia's population. The city is an important seaport and a major industrial, commercial,...
, Latvia
Latvia
Latvia , officially the Republic of Latvia , is a country in the Baltic region of Northern Europe. It is bordered to the north by Estonia , to the south by Lithuania , to the east by the Russian Federation , to the southeast by Belarus and shares maritime borders to the west with Sweden...
. It was founded in 1946 and disestablished in 1995 as Pārdaugava Rīga.

Dinamo Riga was established in 1946, after the re-occupation of the Latvia by Soviet Union
Soviet Union
The Soviet Union , officially the Union of Soviet Socialist Republics , was a constitutionally socialist state that existed in Eurasia between 1922 and 1991....
. The club was one of the 12 teams which participated in the first Soviet championship
Soviet Hockey League
The Soviet Championship was the highest level ice hockey league in the Soviet Union, running from 1946 to 1992. Before the 1940s the game of ice hockey was not cultivated in Russia, instead the more popular form of hockey was bandy, with history of the game in Russia dating several centuries into...
in season of 1946/1947. The team's first official game was a victory 5-1 against Dinamo Tallinn on December 1946. First season was considered as a success, as the team finished tournament in the fourth place. The club's first roster mainly consisted from the players of the Latvian national team.

At first club had no permanent place, where the home games were held, but since the season 1950/1951, Dinamo started to play home games at Daugava Stadium
Daugava Stadium
Daugava Stadium a multifunctional stadium in Riga, Latvia, which was opened in 1958. It helds footballl and athletics competitions. Since 1992 Daugava stadium has a Latvian national sports-based status. Before July 1990 the total capacity of the stadium was more than 10 000 people, but after the...
, but the games still was played on a natural ice rink and the go ahead of the games depended on a suitable weather, situation didn't change until 1960/1961 season, when the stadium was heavily reconstructed.

Dinamo Riga changed its name to Daugava Riga before the start of 1949/1950 season, and kept it for a decade, before team changed name again. In mid-fifties the core of the team - players, which started their career's before Second World War, started to retire, and team started to slip further down the table as the years went by.

The club again changed its name and since season 1958/1959 and now was known as RVR Riga,, but the name didn't last long as the club two years later was re-named once again to Daugava (RVR). Name changes didn't help teams cause and the club slipped to third division. During the sixties the club adopted new player and staff recruiting policy, switching from local talent developing to gathering players from all corners of Soviet Union and even abroad. The club again changed owners and the name of Dinamo Riga was restored before 1967/1968 season, which ended as the worst season in club's entire history.

In the 1987-88 season, Dinamo Riga had their best finish, losing to CSKA Moscow
HC CSKA Moscow
HC CSKA Moscow is a Russian ice hockey club that plays in the Kontinental Hockey League. It is referred to in the West as "Central Red Army" or the "Red Army Team" for its past affiliation with the Soviet Army, popularly known as the Red Army...
in the final.

In 1975, Viktor Hatulev
Viktor Hatulev
Viktor Khatulev was a Latvian ice hockey defenseman and left winger who played for Dinamo Riga in the Soviet Hockey League...
of Dinamo Rīga became the first ice hockey player from the Soviet Union
Soviet Union
The Soviet Union , officially the Union of Soviet Socialist Republics , was a constitutionally socialist state that existed in Eurasia between 1922 and 1991....
drafted by the National Hockey League
National Hockey League
The National Hockey League is an unincorporated not-for-profit association which operates a major professional ice hockey league of 30 franchised member clubs, of which 7 are currently located in Canada and 23 in the United States...
. He never had a chance to play for the NHL, as Soviet players were not allowed to play for foreign teams. In season 1976-77 Dinamo Rīga star Helmuts Balderis
Helmuts Balderis
Helmuts Balderis-Sildedzis is a retired Latvian ice hockey player. He played right wing.-Playing career:...
was the leading scorer, had the most goals, and won the best player of the season award (MVP). He was also the goal leader in 1975-76 and leading scorer in 1983. He scored 333 goals in his Soviet Union League career.

As of April 7, 2008 the club has been re-established. See Dinamo Riga (current).

Artūrs Irbe
Arturs Irbe
Artūrs Irbe is a former Soviet and Latvian professional ice hockey goaltender. He has played in the National Hockey League for the San Jose Sharks, Dallas Stars, Vancouver Canucks, Carolina Hurricanes and Columbus Blue Jackets. He served as the goaltending coach for the Washington Capitals...
(1987–91),