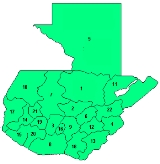 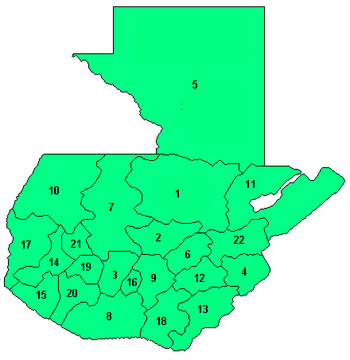 
In addition, Guatemala has in the past claimed that all or part of the nation of Belize
Belize
Belize is a constitutional monarchy and the northernmost country in Central America. Belize has a diverse society, comprising many cultures and languages. Even though Kriol and Spanish are spoken among the population, Belize is the only country in Central America where English is the official...
is a department of Guatemala (as a part of the Province of Verapaz), and this claim is sometimes reflected in maps of the region. Guatemala formally recognized Belize in 1992, but as of this time the remaining border disputes between the two nations had not been resolved.