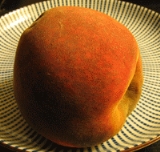 Overview
Decomposition is the process by which organic material is broken down into simpler forms of matter. The process is essential for recycling the finite matter that occupies physical space in the biome
Biome
Biomes are climatically and geographically defined as similar climatic conditions on the Earth, such as communities of plants, animals, and soil organisms, and are often referred to as ecosystems. Some parts of the earth have more or less the same kind of abiotic and biotic factors spread over a...
. Bodies of living organisms begin to decompose shortly after death
Death
Death is the permanent termination of the biological functions that sustain a living organism. Phenomena which commonly bring about death include old age, predation, malnutrition, disease, and accidents or trauma resulting in terminal injury....
. Although no two organisms decompose in the same way, they all undergo the same sequential stages of decomposition. The science which studies decomposition is generally referred to as taphonomy
Taphonomy
Taphonomy is the study of decaying organisms over time and how they become fossilized . The term taphonomy was introduced to paleontology in 1940 by Russian scientist Ivan Efremov to describe the study of the transition of remains, parts, or products of organisms, from the biosphere, to the...
from the Greek
Greek language
Greek is an independent branch of the Indo-European family of languages. Native to the southern Balkans, it has the longest documented history of any Indo-European language, spanning 34 centuries of written records. Its writing system has been the Greek alphabet for the majority of its history;...
word taphos, meaning tomb.

How does humidity affect the decomposition of bones?

I understand how living objects decompose, but how do materials, such as plastic and styrofoam decompose?

Who were the first people to start experimenting, and discovering the secrets behind decomposition?
More
x