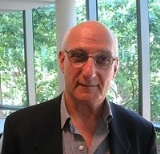 Overview
David George Joseph Malouf
Maalouf
Maalouf is the surname of one family that encompasses over 250,000 sons and daughters who share one single ancestor and a detailed family tree for nearly five centuries.-Origins:The Maalouf family belongs to the group of tribes known as Ghassanids that emigrated from Yemen to Houran...
(born 20 March 1934) is an acclaimed Australian writer. He was awarded the Neustadt International Prize for Literature
Neustadt International Prize for Literature
The Neustadt International Prize for Literature is a biennial award for literature sponsored by the University of Oklahoma and its international literary publication, World Literature Today. It is widely considered to be the most prestigious international literary prize after the Nobel Prize in...
in 2000, his 1993 novel Remembering Babylon
Remembering Babylon
Remembering Babylon is a book by David Malouf written in 1993. It won the inaugural IMPAC Award and was shortlisted for the Man Booker Prize and the Miles Franklin Award....
won the International IMPAC Dublin Literary Award
International IMPAC Dublin Literary Award
The International IMPAC Dublin Literary Award is an international literary award for a work of fiction, jointly sponsored by the city of Dublin, Ireland and the company IMPAC. At €100,000 it is one of the richest literary prizes in the world...
in 1996, he won the inaugural Australia-Asia Literary Award
Australia-Asia Literary Award
Australia-Asia Literary Award was an initiative of the Government of Western Australia Department of Culture and the Arts. It was one of the richest literary prizes in the region, indeed the world, with a purse of A$110,000. The Award was established in 2007. The first and only winner was...
in 2008, and he was shortlisted for the Booker Prize.
Malouf was born in Brisbane
Brisbane
Brisbane is the capital and most populous city in the Australian state of Queensland and the third most populous city in Australia. Brisbane's metropolitan area has a population of over 2 million, and the South East Queensland urban conurbation, centred around Brisbane, encompasses a population of...
, Australia, to a Christian Lebanese
Lebanese people
The Lebanese people are a nation and ethnic group of Levantine people originating in what is today the country of Lebanon, including those who had inhabited Mount Lebanon prior to the creation of the modern Lebanese state....
father and an English-born mother of Portuguese Sephardi Jewish descent.

He was an avid reader as a child, and at 12 years old was reading such books as Wuthering Heights
Wuthering Heights
Wuthering Heights is a novel by Emily Brontë published in 1847. It was her only novel and written between December 1845 and July 1846. It remained unpublished until July 1847 and was not printed until December after the success of her sister Charlotte Brontë's novel Jane Eyre...
, Bleak House
Bleak House
Bleak House is the ninth novel by Charles Dickens, published in twenty monthly installments between March 1852 and September 1853. It is held to be one of Dickens's finest novels, containing one of the most vast, complex and engaging arrays of minor characters and sub-plots in his entire canon...
and The Hunchback of Notre Dame
The Hunchback of Notre Dame
The Hunchback of Notre-Dame is a novel by Victor Hugo published in 1831. The French title refers to the Notre Dame Cathedral in Paris, on which the story is centered.-Background:...
.

Can you help me?
More
x