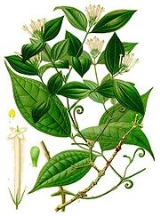 Of these three types, some formulas belonging to the calebas curare are the most toxic, relative to their values.
Curare has been used historically as a paralyzing poison by South American indigenous people.

I was given Curari or Curare by an East Indian anesthetist in 1966 and have occured problems ever since. This sounds funny but dogs and snakes appar...

what benefit does the curare tree provide humans?
More
x