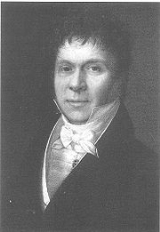 Encyclopedia
The Court of Cassation is the main court of last resort in Belgium
Belgium
Belgium , officially the Kingdom of Belgium, is a federal state in Western Europe. It is a founding member of the European Union and hosts the EU's headquarters, and those of several other major international organisations such as NATO.Belgium is also a member of, or affiliated to, many...
.

It was originally modelled after the French Cour de cassation
Court of Cassation (France)
The French Supreme Court of Judicature is France's court of last resort having jurisdiction over all matters triable in the judicial stream but only scope of review to determine a miscarriage of justice or certify a question of law based solely on points of law...
. Its jurisdiction and powers are similar to those of its French counterpart.

To maintain readability: Dutch will be abbreviated as D, French as F.

The parket generaal (D) or parquet général (F) is headed by the Chief Prosecutor (D: procureur-generaal, F: procureur général). The Prosecutor is a magistrate, but does not actually try cases (his role is to give legal advice to the Court, in a similar manner to the Commissioner of the Government of Council of State
Council of State (Belgium)
Council of State , in Belgium, is an organ of the Belgian government: it is the Supreme Administrative Court of Belgium. Its functions include assisting the executive with legal advice and being the supreme court for administrative justice...
(D: Raad van State, F: Conseil d'État). He brings cases to the Court "in the name of the law." The Chief Prosecutor is aided by the First Prosecutor (first advocat-general) and about 12 Prosecutors (D: advocaten-generaal, F: avocats généraux).

The lawyers
Barrister
A barrister is a member of one of the two classes of lawyer found in many common law jurisdictions with split legal professions. Barristers specialise in courtroom advocacy, drafting legal pleadings and giving expert legal opinions...
, while not employees of the Court and not technically part of it, play an important role in the correct application of justice.

With the exception of a few categories of litigation (namely in penal cases), it is compulsory to use an advocate when referring matters to the Court of Cassation. Lawyers admitted to pleading before this high court are known as advocaat bij het Hof van Cassatie (D) or avocat à la Cour de Cassation (F). The roles of these specialized lawyers includes advising litigants on whether their pleas are admissible, particularly that cassation cases only review points of law and not points of fact.