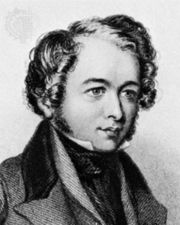 The name of Constanza has its origin in the legend the daughter of a local taino
Taíno people
The Taínos were pre-Columbian inhabitants of the Bahamas, Greater Antilles, and the northern Lesser Antilles. It is thought that the seafaring Taínos are relatives of the Arawak people of South America...
cacique
Cacique
Cacique is a title derived from the Taíno word for the pre-Columbian chiefs or leaders of tribes in the Bahamas, Greater Antilles, and the northern Lesser Antilles...
whom lived in the valley. In 1852, the British
United Kingdom
The United Kingdom of Great Britain and Northern IrelandIn the United Kingdom and Dependencies, other languages have been officially recognised as legitimate autochthonous languages under the European Charter for Regional or Minority Languages...
explorer and consul Sir Robert Hermann Schomburgk
Robert Hermann Schomburgk
Sir Robert Hermann Schomburgk , was a German-born explorer for Great Britain who carried out geographical, ethnological and botanical studies in South America and the West Indies, and also fulfilled diplomatic missions for Great Britain in the Dominican Republic and Thailand.-Biography:Schomburgk...
mentions the existence of a farm in the valley of Constanza. The town was formally founded in 1894. On September 9, 1907 the town was incorporated into a municipality in the province of La Vega.

In summer
Summer
Summer is the warmest of the four temperate seasons, between spring and autumn. At the summer solstice, the days are longest and the nights are shortest, with day-length decreasing as the season progresses after the solstice...
, temperatures range between 25 ºC to 27 ºC during the day, and between 12 ºC to 15 ºC at night. Wildfire
Wildfire
A wildfire is any uncontrolled fire in combustible vegetation that occurs in the countryside or a wilderness area. Other names such as brush fire, bushfire, forest fire, desert fire, grass fire, hill fire, squirrel fire, vegetation fire, veldfire, and wilkjjofire may be used to describe the same...
s are relatively common.

In winter
Winter
Winter is the coldest season of the year in temperate climates, between autumn and spring. At the winter solstice, the days are shortest and the nights are longest, with days lengthening as the season progresses after the solstice.-Meteorology:...
, the temperatures are between 21 to 24 ºC at day, and 8 to 12 ºC at night. Fog
Fog
Fog is a collection of water droplets or ice crystals suspended in the air at or near the Earth's surface. While fog is a type of stratus cloud, the term "fog" is typically distinguished from the more generic term "cloud" in that fog is low-lying, and the moisture in the fog is often generated...
is quite common. The last time that Constanza had freezing temperatures was on 1958; while in Valle Nuevo freezes are ussual. Snow
Snow
Snow is a form of precipitation within the Earth's atmosphere in the form of crystalline water ice, consisting of a multitude of snowflakes that fall from clouds. Since snow is composed of small ice particles, it is a granular material. It has an open and therefore soft structure, unless packed by...
can fall in the highest peak
Peak
Peak may refer to:Arts and Fashion*The British English term for the part of a hat known as the visor in American English*Peak Practice, a British television drama series*Peak Performance, a sports clothing brand from Sweden...
s of Valle Nuevo, but it is becoming a rare event and accumulation almost no longer occurs.

The local economy is based upon agriculture. It is known for its strawberries
Strawberry
Fragaria is a genus of flowering plants in the rose family, Rosaceae, commonly known as strawberries for their edible fruits. Although it is commonly thought that strawberries get their name from straw being used as a mulch in cultivating the plants, the etymology of the word is uncertain. There...
, peach
Peach
The peach tree is a deciduous tree growing to tall and 6 in. in diameter, belonging to the subfamily Prunoideae of the family Rosaceae. It bears an edible juicy fruit called a peach...
es, apple
Apple
The apple is the pomaceous fruit of the apple tree, species Malus domestica in the rose family . It is one of the most widely cultivated tree fruits, and the most widely known of the many members of genus Malus that are used by humans. Apple grow on small, deciduous trees that blossom in the spring...
s, garlic
Garlic
Allium sativum, commonly known as garlic, is a species in the onion genus, Allium. Its close relatives include the onion, shallot, leek, chive, and rakkyo. Dating back over 6,000 years, garlic is native to central Asia, and has long been a staple in the Mediterranean region, as well as a frequent...
and potato
Potato
The potato is a starchy, tuberous crop from the perennial Solanum tuberosum of the Solanaceae family . The word potato may refer to the plant itself as well as the edible tuber. In the region of the Andes, there are some other closely related cultivated potato species...
es. Constanza is also known for its wide variety of flowers, especially its rose
Rose
A rose is a woody perennial of the genus Rosa, within the family Rosaceae. There are over 100 species. They form a group of erect shrubs, and climbing or trailing plants, with stems that are often armed with sharp prickles. Flowers are large and showy, in colours ranging from white through yellows...
s.

Constanza is known for its remarkable mountain climate despite being located in a tropical island. Local tourism is very often during winter time. Throughout the rest of the year it is visited because of its closeness to the cientific reserve of Ebano Verde and also to have the nearest route to the Pico Duarte
Pico Duarte
Pico Duarte is the highest peak in all the Caribbean islands. It lies in the Cordillera Central range, the greatest of the Dominican Republic's mountain chains. The Cordillera Central extends from the plains between San Cristóbal and Baní to the northwestern peninsula of Haiti, where it is known as...
, the highest point in the Caribbean
Caribbean
The Caribbean is a crescent-shaped group of islands more than 2,000 miles long separating the Gulf of Mexico and the Caribbean Sea, to the west and south, from the Atlantic Ocean, to the east and north...
.

The nearby scientific reserve of Ebano Verde is the stronghold of the widest variety of flora and fauna of Hispaniola
Hispaniola
Hispaniola is a major island in the Caribbean, containing the two sovereign states of the Dominican Republic and Haiti. The island is located between the islands of Cuba to the west and Puerto Rico to the east, within the hurricane belt...
. The mountains surrounding the valley of Constanza are covered in Hispaniolan Pine
Hispaniolan pine forests
The Hispaniolan pine forests are a tropical coniferous forest ecoregion found on the Caribbean island of Hispaniola, which is shared by Haiti and the Dominican Republic. The ecoregion covers , or about 15% of the island...
(Pinus occidentalis) forests. Typical fauna seen in the area includes the Hispaniolan Palm Crow
Palm Crow
The Palm Crow is a relatively small black bird in the crow family that occurs mostly on the large Caribbean island of Hispaniola, itself divided into the two countries of Dominican Republic and Haiti. It was formerly quite frequent on Cuba but has become severely reduced in number and may be...
, Antillean Siskin
Antillean Siskin
The Antillean Siskin is a species of finch in the Fringillidae family. It is found in the Dominican Republic and Haiti. Its natural habitats are subtropical or tropical moist montanes and heavily degraded former forest. This bird is a North American one...
, Rufous-throated Solitaire
Rufous-throated Solitaire
The Rufous-throated Solitaire is a species of bird placed in the Turdidae family. It is found on Dominica, Hispaniola, Jamaica, Martinique, Saint Lucia and Saint Vincent. Its natural habitats are subtropical or tropical moist lowland forests and subtropical or tropical moist montane...
, Hispaniolan Crossbill
Hispaniolan Crossbill
The Hispaniolan Crossbill is a crossbill that is endemic to the island of Hispaniola in the Caribbean and therefore only found in Haiti and the Dominican Republic....
(abundance directly related to pine cone crop), and Hispaniolan Trogon
Hispaniolan Trogon
The Hispaniolan Trogon is a species of bird in the Trogonidae family. It is the national bird of Haiti. It is found on the island of Hispaniola shared by Haiti and the neighboring Dominican Republic. Its natural habitats are subtropical or tropical moist montane forests and what is now heavily...
, while at lower elevations the Hispaniolan Parrot, Scaly-naped Pigeon
Scaly-naped Pigeon
The Scaly-naped Pigeon , also known as the Red-necked Pigeon, is a bird belonging to the family Columbidae. The species occurs throughout the Caribbean.- Description :...
and Golden Swallow
Golden Swallow (bird)
The Golden Swallow is a swallow. The Golden Swallow formerly bred on the island of Jamaica, but was last seen there in 1989 and is now restricted to the island of Hispaniola.-References:*...
can be seen.

The town can be reached either by local airlines through the Constanza Airport
Constanza Airport
Constanza National Airport is an airport for domestic flights serving Constanza in the Dominican Republic. After undergoing renovations, it was reopened in May 2006 and renamed Expedicón 14 de Junio National Airport. It serves mostly tourist and cargo carriers.- Airlines and destinations :-...
or through local bus companies.

Constanza is home to an unusual combination of ethnic groups, having been an area settled by numerous Spanish
Spanish people
The Spanish are citizens of the Kingdom of Spain. Within Spain, there are also a number of vigorous nationalisms and regionalisms, reflecting the country's complex history....
and Japanese
Japanese people
The are an ethnic group originating in the Japanese archipelago and are the predominant ethnic group of Japan. Worldwide, approximately 130 million people are of Japanese descent; of these, approximately 127 million are residents of Japan. People of Japanese ancestry who live in other countries...
immigrant workers encouraged to come to the Dominican Republic during the infamous dictadorship of Trujillo. Now some two or three generations on their presence is still substantial in the area and provides the town. They were attracted by the cooler climate that goes on all year round.