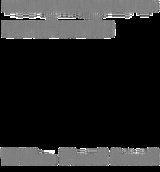 Encyclopedia
A concordance is an alphabetical list of the principal words used in a book or body of work, with their immediate contexts. Because of the time and difficulty and expense involved in creating a concordance in the pre-computer
Computer
A computer is a programmable machine designed to sequentially and automatically carry out a sequence of arithmetic or logical operations. The particular sequence of operations can be changed readily, allowing the computer to solve more than one kind of problem...
era, only works of special importance, such as the Vedas
Vedas
The Vedas are a large body of texts originating in ancient India. Composed in Vedic Sanskrit, the texts constitute the oldest layer of Sanskrit literature and the oldest scriptures of Hinduism....
, Bible
Bible
The Bible refers to any one of the collections of the primary religious texts of Judaism and Christianity. There is no common version of the Bible, as the individual books , their contents and their order vary among denominations...
, Qur'an
Qur'an
The Quran , also transliterated Qur'an, Koran, Alcoran, Qur’ān, Coran, Kuran, and al-Qur’ān, is the central religious text of Islam, which Muslims consider the verbatim word of God . It is regarded widely as the finest piece of literature in the Arabic language...
or the works of Shakespeare
William Shakespeare
William Shakespeare was an English poet and playwright, widely regarded as the greatest writer in the English language and the world's pre-eminent dramatist. He is often called England's national poet and the "Bard of Avon"...
, had concordances prepared for them.

Even with the use of computers, producing a concordance (whether on paper or in a computer) may require much manual work, because they often include additional material, including commentary on, or definitions of, the indexed words, and topical cross-indexing that is not yet possible with computer-generated and computerized concordances.

However, when the text of a work is on a computer, a search function can carry out the basic task of a concordance, and is in some respects even more versatile than one on paper.

The first concordance, to the Vulgate
Vulgate
The Vulgate is a late 4th-century Latin translation of the Bible. It was largely the work of St. Jerome, who was commissioned by Pope Damasus I in 382 to make a revision of the old Latin translations...
Bible, was compiled by Hugh of St Cher
Hugh of St Cher
Hugh of St Cher was a French Dominican cardinal and Biblical commentator. He was born at St Cher, a suburb of Vienne, Dauphiné, and while a student in Paris entered the Dominican convent of the Jacobins in 1225....
(d.1262), who employed 500 monks to assist him. In 1448 Rabbi Mordecai Nathan completed a concordance to the Hebrew Bible. It took him ten years. 1599 saw a concordance to the Greek New Testament published by Henry Stephens and the Septuagint was done a couple of years later by Conrad Kircher in 1602. The first concordance to the English bible was published in 1550 by Mr Marbeck, according to Cruden it did not employ the verse numbers devised by Robert Stephens in 1545 but "the pretty large concordance" of Mr Cotton did. Then followed Cruden's Concordance
Cruden's Concordance
A Complete Concordance to the Holy Scriptures, generally known as Cruden's Concordance, is a concordance of the King James Bible that was singlehandedly created by Alexander Cruden...
and Strong's Concordance
Strong's Concordance
Strong's Exhaustive Concordance of the Bible, generally known as Strong's Concordance, is a concordance of the King James Bible that was constructed under the direction of Dr. James Strong and first published in 1890. Dr. Strong was Professor of exegetical theology at Drew Theological Seminary at...
.

Access to some of the scrolls was governed by a "secrecy rule" that allowed only the original International Team or their designates to view the original materials. After the death of Roland de Vaux
Roland de Vaux
Father Roland Guérin de Vaux OP was a French Dominican priest who led the Catholic team that initially worked on the Dead Sea Scrolls. He was the director of the Ecole Biblique, a French Catholic Theological School in East Jerusalem, and he was charged with overseeing research on the scrolls...
in 1971, his successors repeatedly refused to even allow the publication of photographs to other scholars. This restriction was circumvented by Martin Abegg in 1991, who used a computer to "invert" a concordance of the missing documents made in the 1950s which had come into the hands of scholars outside of the International Team, to obtain an approximate reconstruction of the original text of 17 of the documents. This was soon followed by the release of the original text of the scrolls.